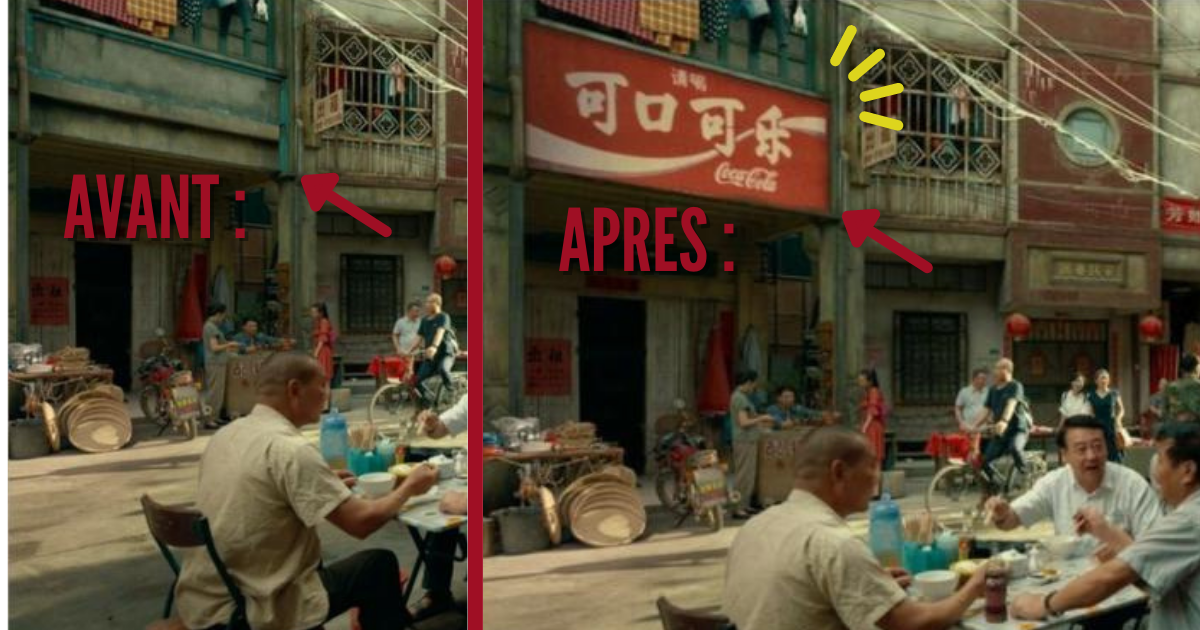 Product placements are just as common in the cinema as they are in major Hollywood productions as in Netflix series. It must be said that VOD’s heyday went a long way in reducing the use of commercial breaks. However, the process as we know it could very well evolve to be incorporated into productions that have been released for years.

Product placements are almost as old as the cinema itself, so seeing a big brand on screen in the middle of an action scene can be very annoying. However, ad placements can also be fun after the fact.

For example, the 1989 film Vidéokid: l’Enfant genial is one of the most prominent examples of the use of product placement. That said, if you see references to the NES and cakes that haven’t been made in years, you might find yourself smiling in 2021.

However, the nostalgia for old ads may wear off in favor of promotional updates.

New product placements integrated in films that have already been released

In fact, a British company called Mirriad is currently working on an artificial intelligence that will enable the integration of recent product placements into already released films, including old classics.

This advertising content would not only adapt to the time, but also to the viewer, provided that he is not watching a film on a connected television, smartphone or computer.

So, soon it might be possible to see a billboard promoting a current make of car in a Charlie Chaplin film as well as in a Star Wars.

Even more: These product placements can change depending on the viewer, as their activities on the Internet are taken into account. His purchases and the name of the websites he visits would define the brand he could see in the background.

The company Mirriad has already experimented with its tool and is making sure that the integration is already sufficiently effective not to shock the viewer without pointing out the highlighted product. To illustrate this argument, the company gave the following example of incorporating a Coca-Cola ad into a Chinese series.

It may sound completely absurd, but it could bring significant benefits to production companies. All they have to do is update their product placements to keep up with current demand. This could work especially well for cult films that we see and see again for years after their release.

Aside from the anachronisms this could cause, one thing is certain: it would take some time to adjust so as not to feel like you are living in a dystopian world.