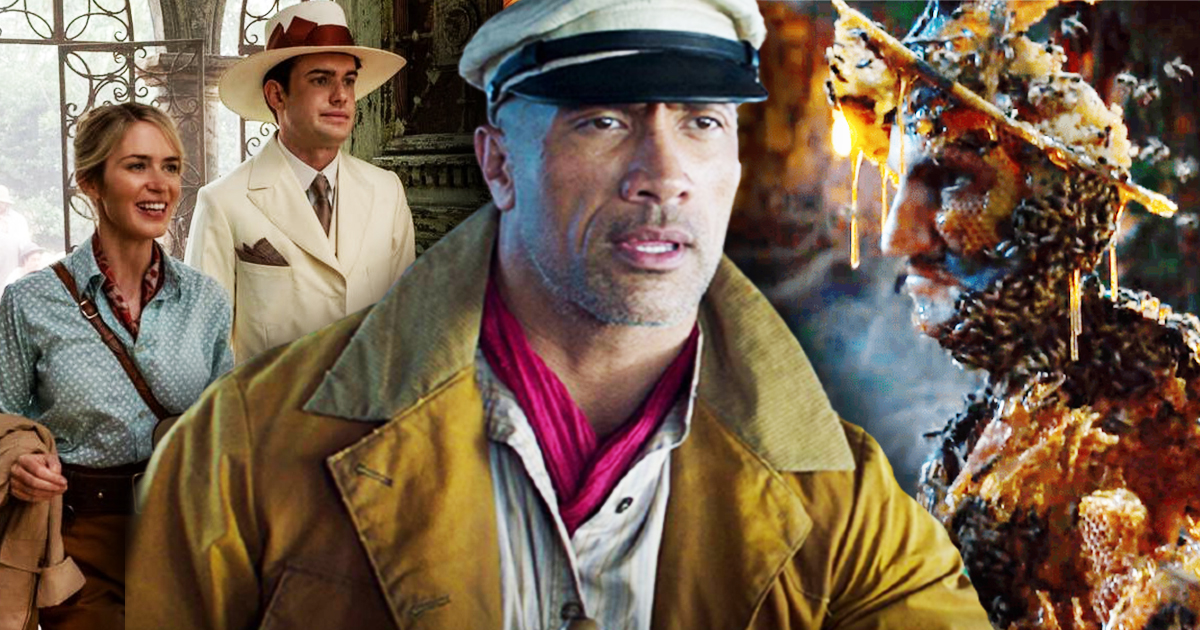 The film Jungle Cruise will hit theaters on July 28, 2021. If you don’t know what to expect from this new film, co-produced by Walt Disney Pictures, we offer you a review after you preview it.

Summary of the film jungle cruise

The jungle cruise adventure takes place in the 1930s during the Great Depression. We follow the story of Frank Wolff (played by Dwayne Johnson), the captain of a boat that organizes “cruises” and the scientist Dr. Brings Lily Houghton (played by Emily Blunt) and her brother (Jack Whitehall) on board to complete a mission in the middle of the jungle, to follow a centuries-old legend and to break a curse. However, a German expedition wants to stand in their way.

The film is actually an adaptation of the Jungle Cruise attraction, which can be found in several Disney parks. Jungle Cruise is signed by director Jaume Collet-Serra and was shot in Hawaii. It is a film that has a long history since the idea of ​​its realization was born in 2006. The project was reissued in 2015 and rewritten in 2018 for the final version we know today.

An adventure that reminds us of Sidney Fox, The Mummy and Pirates of the Caribbean

The makers of the film Jungle Cruise were loosely inspired by the film The African Queen (1951) by John Huston, in particular by the duo of Frank Wolff and Dr. Lily Houghton, reminiscent of Katharine Hepburn andburn Humphrey Bogart, but there are other inspirations as well. The character of Frank Wolff, played by Dwayne Johnson, for example, takes up many elements of Indiana Jones, but also certain attitudes of Jack Sparrow. The trailer for the film was also the source of many comparisons with the Pirates of the Caribbean movies, and it’s true that we find some elements of it (especially in the special effects and the demeanor of the “captain” of the boats).

Those initial inspirations aside, it’s difficult as a viewer to watch Jungle Cruise without thinking of two other productions, namely The Mummy and Sydney Fox the Adventurer. Jungle Cruise actually goes the same route as the 1999 movie The Mummy, with a similar curse that absolutely needs to be broken before the film ends (if we’re hoping for a happy ending). Anyone who has seen the two productions will see many parallels.

In relation to the adventurer Sydney Fox, the film Jungle Cruise takes up certain elements of this cult series of our childhood, namely the temperament of certain characters. Like Sydney Fox, Doctor Lily Houghton is fearless, intelligent, brave, and prone to believe in relics and their powers (as well as certain legends). Lily Houghton’s brother McGregor Houghton, on the other hand, shares many personality traits with Sydney Fox’s assistant Nigel.

From a much more anxious character, McGregor’s character actually spends more time worrying about his looks and business than actually enjoying the adventure. Just like Nigel, however, he is extremely attached to the female figure that bursts onto the canvas.

If you are looking for an adventure that will remind you of the good times of your childhood or youth (the discovery of magic and those of legends or adventures like that of Sydney Fox) then you should find something for you Jungle Cruise. Unfortunately, as part of an adult audience, the magic that is shown to us on screen doesn’t really have the same taste anymore.

Because of this, this new Disney is sure to appeal to children more than adults: immersion is not the same as an adult’s gaze. We didn’t really like the special effects used on behalf of Jungle Cruise and are more aimed at a young audience. On the other hand, it is a family film that has to be approached like entering an attraction (and in this Disney has done the parallel very well) with the desire to take part in an adventure. A curse story that smells of nostalgia but didn’t make us vibrate too much.

And for your part, are you planning to see Jungle Cruise in the cinema? We’ll let you answer this question through our survey and through our comment section! And if you want to know what’s new at Disney + for the month of August 2021, we have our previous article on the topic.