a Deathstroke with a much worse Snyder Cut look 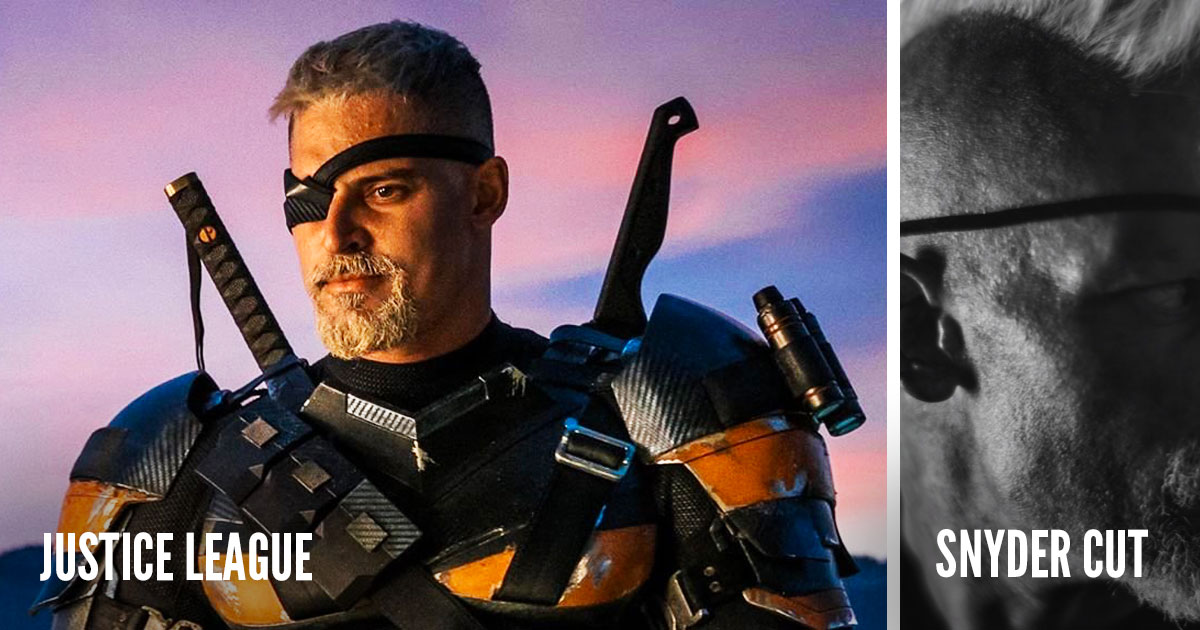 While Warner recently adorned us with a new trailer for Justice League Snyder Cut, today we see a new photo of Deathstroke that will take on a very different look than what it had in the original cut of the film. .

Recall: The character of Deathstroke briefly appeared in the post-credits scene of the film version of Justice League, in which he was engaged by Lex Luthor. It looks like director Zack Snyder has other plans for the character. In a recent article by Collider, we were told that actor Joe Manganiello, who plays Deathstroke, like Jared Leto, has been called back before him to film some scenes.

If the news in itself is surprising, it is nothing compared to the photo that Deathstroke’s interpreter Joe Manganiello posted on his social networks:

Heroes & Villains can put their differences aside for one important cause … https://t.co/bu2ldmhUUq#UsUnited #AFSP

Not only will Deathstroke gain in prominence in the Snyder Cut, but it also looks like the Mercenary is getting a new look. Deathstroke is hairy in Iroquois and appears to be much worse.

It is recalled that Deathstroke was originally planned in the Ben Affleck-directed Batman movie before the project was canceled, and that the character was to have his solo film directed by Gareth Evans (The Raid). The Snyder Cut could be an opportunity to gain popularity and get the film project centered on the famous mercenary going again.

Additionally, it emphasizes that Deathstroke isn’t the only supervillain benefiting from a remodeled Snyder Cut look like Steppenwolf, which is going to be a lot more scary. We’re glad !