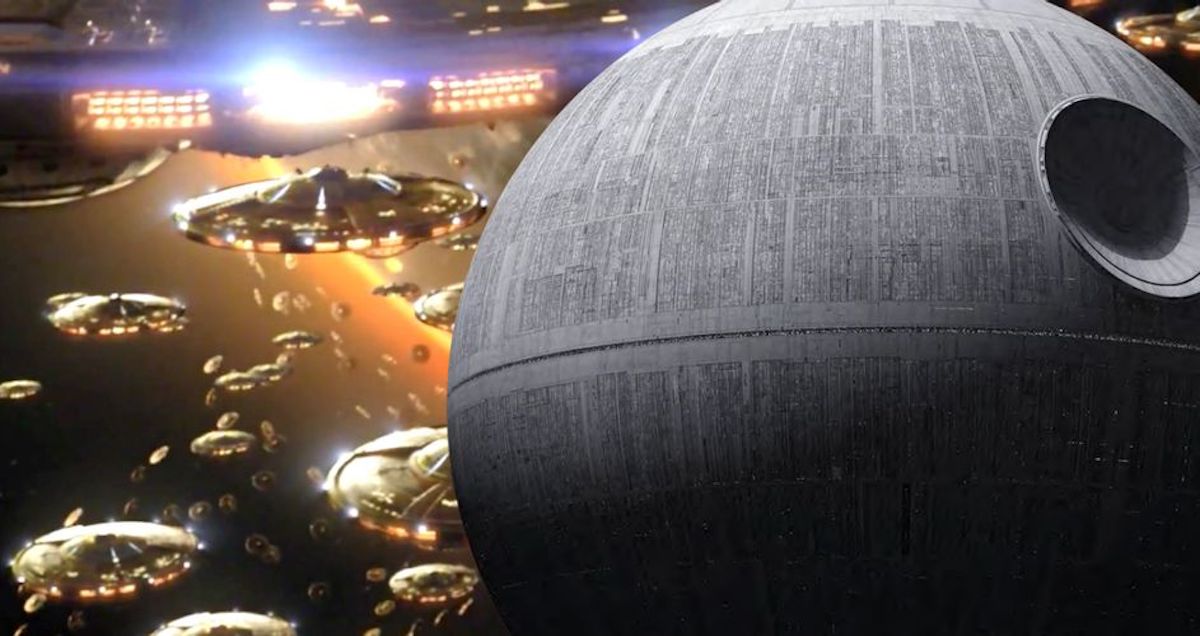 Doctor Who, dedicated to the Daleks, has just unveiled a ship in an episode of the animated series available on YouTube that makes it as powerful as the Death Star of the Empire in Star Wars.

An arsenal as powerful as the Death Star

Doctor Who fans know the Daleks, that breed of genetically modified aliens who know nothing but hatred. They are animated by a hatred of the other and their only goal is to want to destroy everything that can oppose them. In the BBC animated series Daleks! Is an army of these creatures involved in a conflict with an entity outside of time and space. In this second episode we discover how dangerous the Daleks really are.

In the episode in question, titled The Sentinel of the Fifth Galaxy, the Daleks deploy a guarded army to fight the entity in question. Only that the latter manages to reprogram the army and start a civil war within the Daleks. They then retreat and destroy the planet and their army. And then you realize how a Dalek ship has weapons that are powerful enough to destroy a planet in one blow!

This second episode gives us an idea of ​​the magnitude of the Daleks’ firepower, almost, if not as important, as the Star Wars Death Star, capable of destroying a planet as well as its entire population.

No wonder the Time Lords, with such an arsenal, believed that the Daleks would one day become the greatest power in the entire universe.