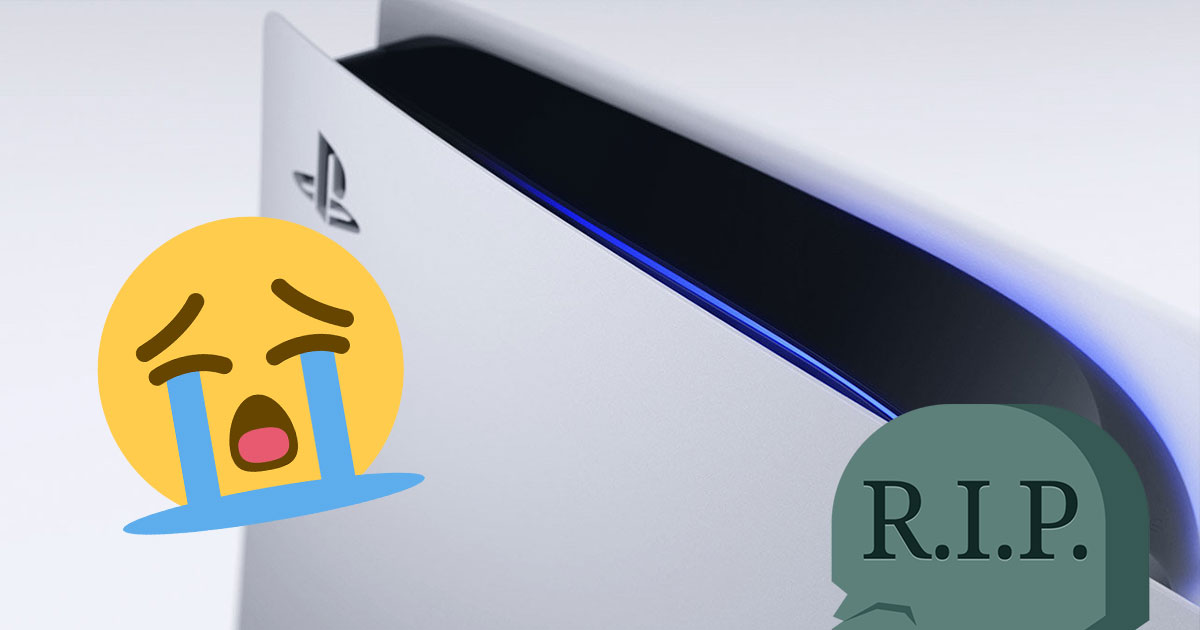 On Thursday, November 12th, 2020, the PlayStation 5 will officially appear in some parts of the world. But, you know, some lucky ones have already got their hands on it. The opportunity for these professionals or videographers to share their first impressions. Unfortunately for one of them his PlayStation 5 died.

With 710,000 subscribers, ACG is a YouTuber specializing in video games and breaking match reports. Fortunately, the videographer was able to get a PlayStation 5 in advance so he could give his opinion on the next generation Sony console. Problem, as he says on Twitter, is that his console is completely out of order. Like others, ACG encountered a problem with storage space. But unlike some happier ones, his PlayStation 5 did not calm down and began showing more and more complicated bugs.

P.1. At this point, my PS5 is 100% dead. I had memory recovery issues reported by others, but mine escalated to total errors and network / boot issues. Sony and I were working on troubleshooting when she died completely. So at this point, I’ll be moving content …

And when YouTuber and Sony tried to save the day, his PlayStation 5 just died. A rare issue that still suggests other consoles could encounter this type of problem as well. It is no wonder that the first consoles produced fell victim to various problems. The PlayStation 4 also had some, but minor, problems.

Gamers recall the infamous Xbox 360 “Ring of Death” issue, an unrecoverable issue that forced gamers to return their consoles in hopes of getting a good one. Hopefully these concerns will only affect a few players when released. Unfortunately, the first batches of PlayStation 5 are unlikely to be without technical problems. Whether Sony offers customer service remains to be seen.

They were asked to draw a dinosaur which then got out of control (62 pictures).

The Disney + series brings back more MCU characters than expected