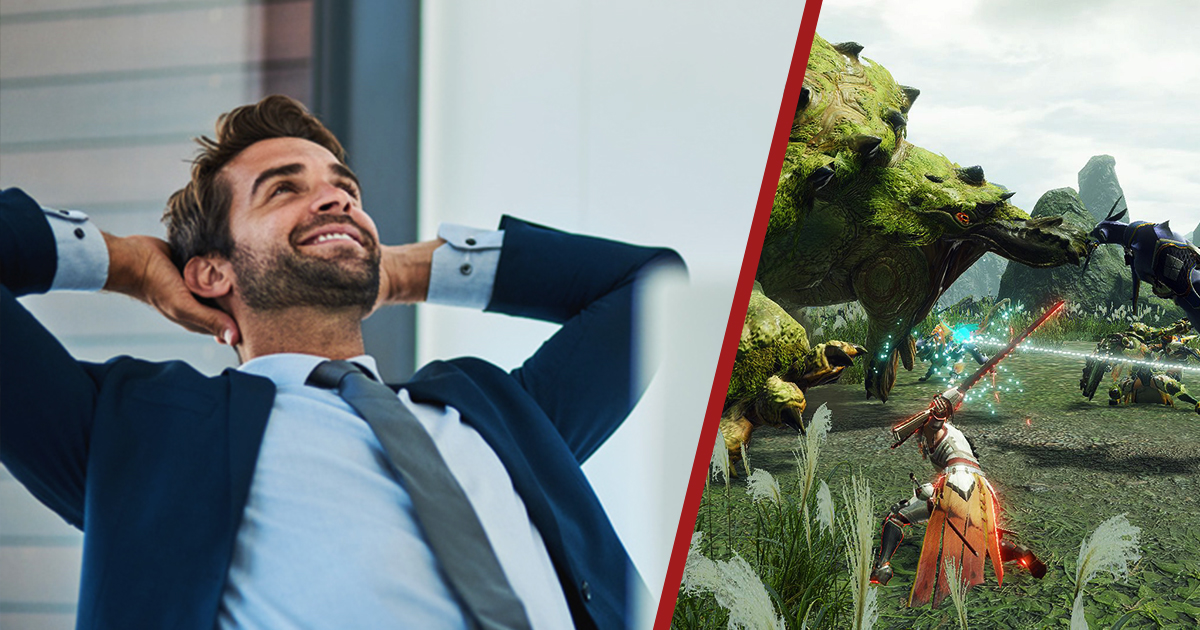 When the days are long and arduous, we sometimes feel the urge to growl at our boss. However, some are a little more personable and attentive (and geeky) than others. For example, we just met a very unique Japanese boss who pays homage to a well-known license and at the same time pleases his employees. We take stock of this issue.

The release of Monster Hunter Rise

After the opus Monster Hunter World, which was especially popular on home consoles, Capcom takes over the management of portable consoles with Monster Hunter Rise. The first monster to be developed directly for the Nintendo Switch is the Monster Hunter Rise game, which stands out from other games. The game combines the slower gameplay of the previous installments with the dynamics of the world.

The novelties are numerous, on the gameplay side than that of the bestiary. The ten great new monsters are really well thought out and the game even brings together beloved monsters from the franchise like the Zinogre, the Nargacuga or the Rajang. For more information about Monster Hunter Rise, we invite you to read the test conducted by our video game specialist.

A holiday decreed by this Japanese boss

Jack Masaki, CEO of Virtual Reality Studio Mark-On in Japan and Tokyo in particular, has officially announced that Friday, March 26th, 2021 will be a public holiday for all employees. Jack Masaki wanted his staff to be able to enjoy Monster Hunter Rise’s release without faking illness. Jack said:

The employees will certainly not be able to concentrate on their workplace. So the day officially becomes the “Monster Hunter Holiday”.

And you, on your side, have you ever (honestly) taken a day off to enjoy a video game release? We deeply believe that this must have happened to some of our readers. Don’t hesitate to let us know in the comments section to break free of this secret.