The Courier
HomeTechnology8 open worlds to explore while waiting for Zelda Breath of the...
Technology 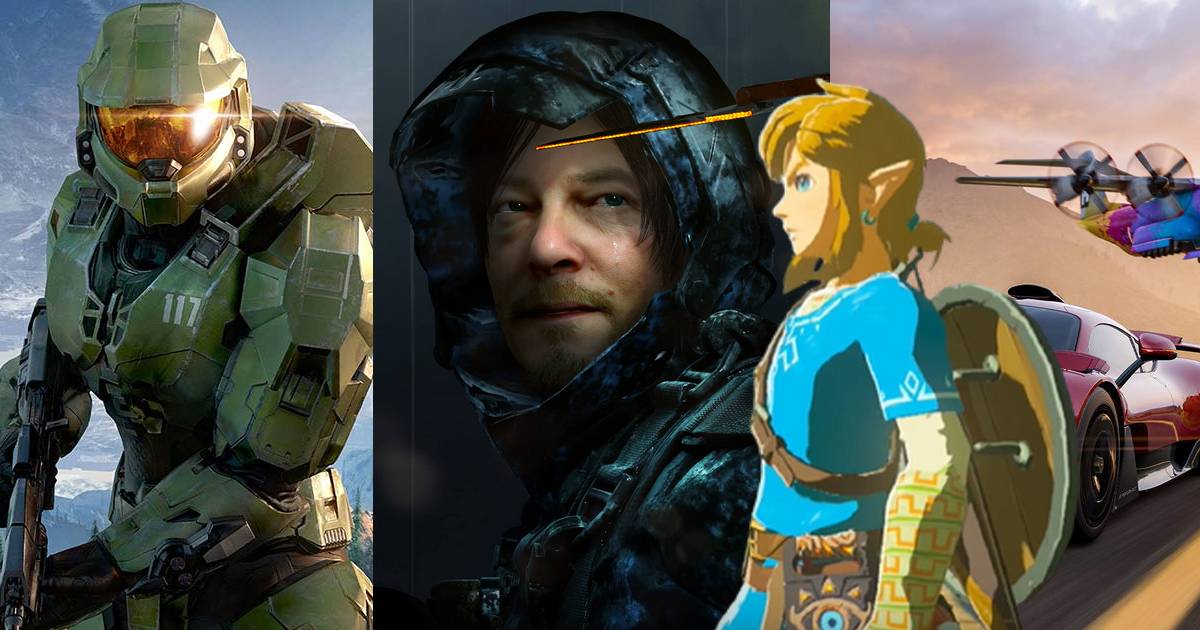 Surely the most popular genre of the late 2010s and early 2020s is open world. It’s easy to set up and plays a lot with the curiosity of the player, who is eager to discover each piece of map and be lulled by their adventurous desires, and some games even offer to generate it procedurally. If they all have one thing in common, they are not identical and some offer interesting options that are better not to be missed. So here are some of those titles that offer a different way to enjoy an open world. Obviously all these games will be related, directly or indirectly, to one of the points that you liked in Breath of The Wild so that you don’t feel out of place while you wait for the second opus planned for this year.

How does Halo Infinite compare to Zelda: Breath of the Wild? It’s unthinkable. Imagine that if he’s first in speaking order, it’s not in vain. Much like BOTW, Halo Infinite is a sandbox reimagining of its long-running franchise. Microsoft’s flagship title encourages systemic physics-based interactions. He challenges you to use all the tools at your disposal to survive. Starting from this principle, we immediately notice other similarities between these two titles.

No Man Sky is no longer related to the game that existed at the time the title was released. The one that has often been called the flop or disappointment of the year is doing very well after numerous DLCS and free supplements that offer quests, ships and other goodies that will make you rediscover this title up to the unloved present. The ode to spatial discovery and curiosity should finally satisfy you, so you might as well try again.

For some, the fun of BOTW lies in how easily the title can mislead you. Look at your compass, watch the horizon and just walk towards it. Few games capture this essence, apart from the latest installments in the Forza Horizon saga. Of course they have markers and objectives, but it’s just as possible to turn them off and enjoy rolling in these contemplative open worlds where the mere fact of advancing on these great roads is relaxing.

Sable shouldn’t be taken lightly if you don’t appreciate Breath of the Wild’s overly intense combat and difficulty. Like poetry, Sable transports you into a world devoid of complex physics, combat, crafting, or high stakes for a quieter, more personal adventure. And it works. From BOTW, the track follows the ‘Climb Anything’ formula to deliver a delightful blend of freedom and exploration of the Mobius-inspired desert landscape.

#5 Shadow of the Colossus

Little Proust Madeleine from the editor of the article, Shadow of the Colossus was recently relaunched in an HD version on PS4 for new players to try their hand at the game that almost alone invented the concept of the open world before Breath of the Wild. It is therefore quite relevant to see what the title that inspired Nintendo’s game offered between its simplicity and the depth it has to offer.

What Breath of The Wild wanted at all costs to offer was to feel the land of Hyrule as you step under your feet, as you scale a sheer cliff or run down the hills. The game is very much about Link’s sacred connection to Hyrule, its geography and history. Death Stranding has the same relationship between the hero and the world around him, in a much duller, darker, and muddy atmosphere. The latter invites to play with the environment instead of being against it, or simply seeing it as a contemplative ground. You have to face the earth in a much more tactile motion experience than what other video games offer.

Some may argue that Sea of ​​Thieves is more of a sandbox than an open world, in the sense that each player is equal to the other and they choose their own goals. But we can tie it to BOTW in the idea that once you exit the tutorial, you can confront Ganon directly if you wish. In both titles, it is your accumulated experience that will make you stronger against the different elements that will put you to the test: the one you have chosen.

Assassin’s Creed Odyssey is a benchmark now and it’s hard to talk about open world without talking about Ubisoft’s license, whatever you think. What makes Odyssey more similar to BOTW, aside from the colorful setting of a now-ruined known world, is the way it invites you to knock over every stone to obtain gear and solve its many puzzles. . A must have, much more so than Valhalla or Origins in the Exploration section.

Hob is not an open world as such. It’s mainly a puzzle adventure platformer. But his connection to BOTW is so important that it would have been criminal not to include him in this selection as he was inspired by the latter. It’s a small nugget in the current video game world. If you have the Breath of the Wild hidden story on your side, Hob will surely be the game that gets your heart pumping. In this title, you’ll explore a world in ruins on a journey to understand what happened to the machines that used to live alongside nature. You will use different tools to explore and solve many puzzles as you make your way through this broken world.

If you like open worlds, you may have wondered which one has the largest map? And you can find the answer in this article here.