The Courier
HomeTechnology8 Moments Disney Hates In Their Own Movies
Technology

8 Moments Disney Hates In Their Own Movies 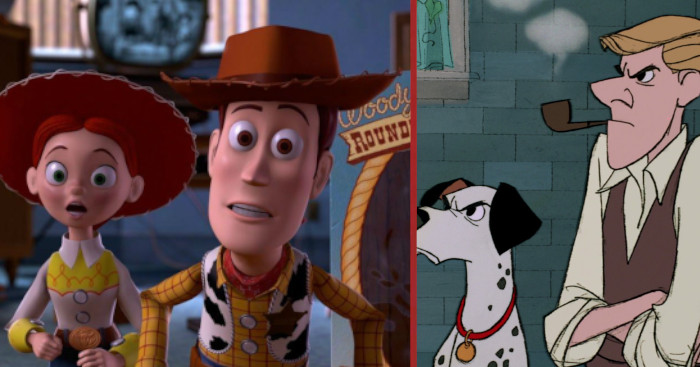 It’s been a long journey from the birth of the tiny Disney studio in 1923, carried by its mascot Mickey Mouse, to the entertainment empire it is today. Studio takeovers, controversies, but above all more than 120 films brought to the screen and now streamed on its platform SVOD Disney+.

With this list of movies stretching as long as an arm, certain scenes have sometimes provoked viewers’ ire while others were simply cut short in the editing process. But apart from some controversial passages, it happened that the creator himself, Walt Disney, hated certain scenes, certain characters, even his own films. Here are 8 facts.

#1 The aesthetic of 101 Dalmatians

Even if the film is the first to use xerography, a technique that allows elements to be reproduced in unlimited numbers and thus transfer all the puppies to the screen, Walt Disney did not like his style. The film’s aesthetic, which was deemed too “scribbled”, was heavily criticized by Walt, saying in the book Before the Animation Begins: The Art and Lives of Disney Inspirational Sketch Artists that he “never wanted any of those damn things again “.

Published in 1960, Pollyanna tells the story of an orphan who arrives in the small town of Harrington to live with her wealthy Aunt Polly Harrington. In terms of live action, the film is far from the best known from the big-eared company. The company’s founder didn’t like the title either, as he felt it was too soft to work successfully with the male audience.

Goofy is an iconic character in the Disney Universe and one of the oldest, along with Donald, Daisy, Mickey, Minnie and Pluto, with whom he formed the Sensational Six. Despite being a flagship mascot for the studio and one of its main protagonists, Walt Disney never liked the character, deeming him too clumsy and reiterating that he was a step backwards for the studio. .

#4 the iconic spaghetti scene in Lady and the Tramp

Lady and the Tramp would be almost nothing without its mythical and romantic spaghetti scene. However, this cult scene almost never saw the light of day. In fact, Disney didn’t want it integrated during the presentation of the script. The latter seemed ridiculous to him for the simple reason that animals don’t share their food, they fight for it. Eventually he will validate the idea by seeing the animated scene.

Totally iconic, Alice in Wonderland is a Disney classic, so much so that it was the subject of a live-action remake by Tim Burton in 2010. But when the original cartoon was released in 1951, critics criticized it for its lack of scenario and Alice’s personality. Walt Disney then confirmed the statements made by the press in Leonard Maltin’s book: The Disney Films and admitted that he too could never understand his heroine’s character.

But more than that, it’s the whole feature film with psychedelic touches that the company’s creator didn’t appreciate. Years after the film failed at the box office, he tried to distance himself from the project, saying he never wanted to direct it. A form of unassumed kinship. Cruel Walt?

While the Peter Pan film is revered for its imaginary country’s universe and atmosphere, Disney did not appreciate its main character, finding her cold and lacking in empathy, as recounted by author Bob Thomas in his biography Walt Disney: An American Original.

#7 The Fairies of Sleeping Beauty

3 in number, the fairies of Sleeping Beauty were initially supposed to be seven, like the dwarfs in Snow White, Walt Disney even wanted them all to look the same. Although unconvinced, he eventually decided to accept his leaders’ suggestion that the number be reduced to three because it was “more exciting”.

#8 Sequels to the Original Movies

Why hasn’t there been a sequel to a cult cartoon from the big-eared company for a long time? Because Walt himself opposed this idea, judging that it is not worth continuing a project, since there is nothing new to bring. We had to wait until 1990 and Bernard and Bianca in the Land of the Kangaroos, following the adventures of Bernard and Bianca, to see the first official Disney sequel.