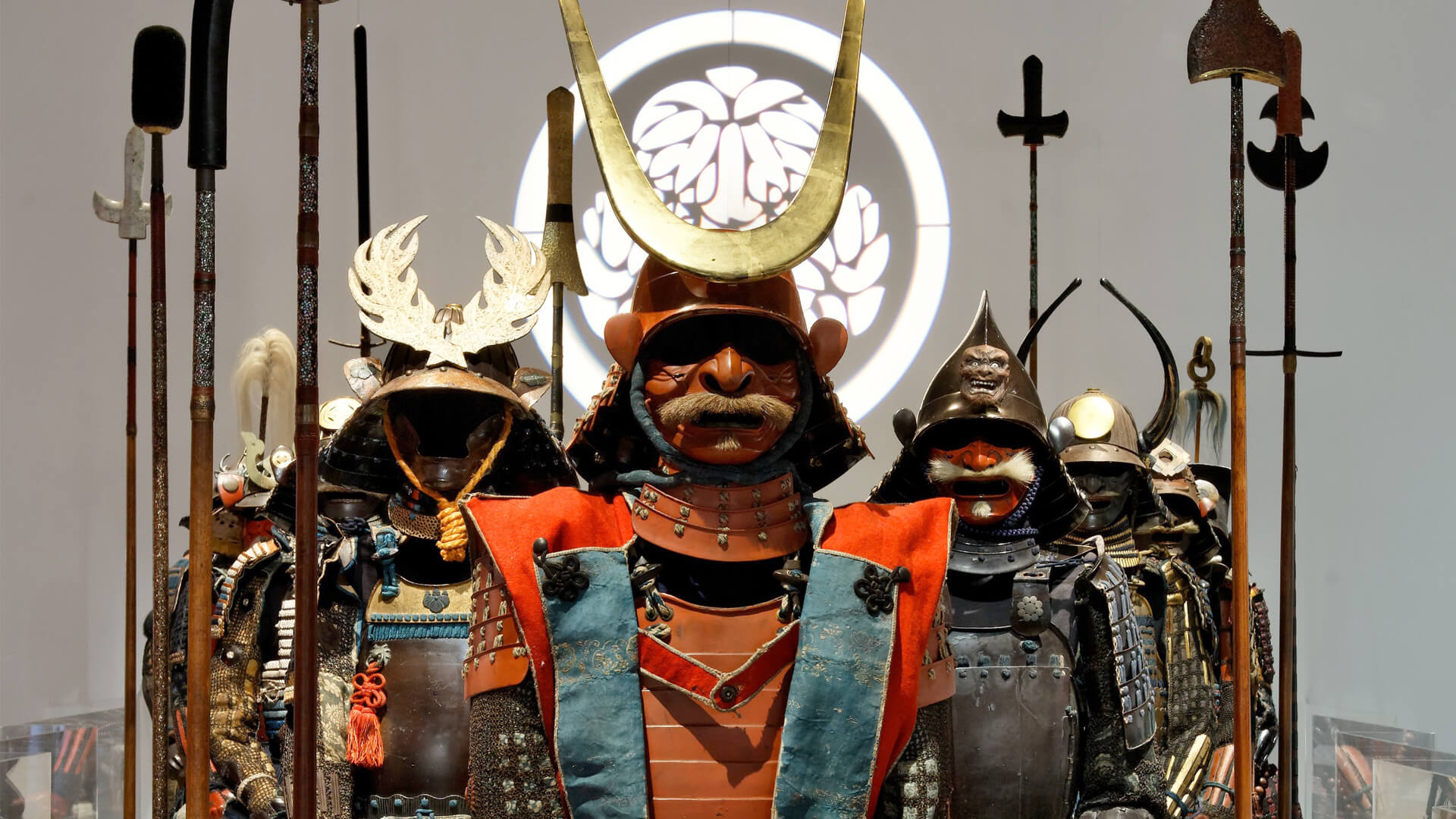 Samurai are an integral part of our imagination. For nearly seven centuries they were part of a warrior class that ruled feudal Japan. These highly respected members of society are distinguished in particular by their fighting skills and a very strict code of honor, Bushido. In this file, we’re going to examine incredible facts that add to the myth of these fascinating characters.

The story of Yasuke, the only black samurai

This story has its origins in the memories of Luís Fróis, a Jesuit priest of Portuguese origin. In his book, soberly titled The History of Japan, we find Yasuke’s incredible story. Originally from Mozambique, the slave came to Japan in 1579 with the Italian Jesuit Alessandro Valignano. He takes care of his protection during his trip to Japan. When they reach Kyoto, Yasuke is introduced to the daimyo – military-class provincial governors who operate on the orders of the shogun – who is none other than Oda Nobunaga.

Yasuke is characterized by his quick mastery of the Japanese language as well as his large size, which far exceeds that of the average Japanese citizen of his time (1.88 meters for Yasuke versus 1.57 meters on average). An unusual anecdote: he had to take a bath to check if it was actually his skin color! With the nickname Kuro-san or Kurosuke (Kuro means “black” in Japanese) the slave receives the highest honor: a promotion to the rank of samurai. Become a bodyguard to the daimyo, he will marry his adopted daughter and become a legal advisor. A social advancement as beautiful as it is improbable.

It is customary for the samurai to return the severed heads of their enemies to their daimyo as a war box. During the Korean invasions of 1590, the Japanese faced logistical challenges. In fact, it was impossible to bring back all the heads traditionally collected at collection stations as the number of victims was too important (the latter were instructed not to make a difference, they had to kill all of them), salted and then packaged.

It was then preferable to bring back a nose or ear that was kept in barrels of brine. After their raids in Korea, the Japanese were paid according to the number of “parts” brought in. This remuneration increased the number of victims. The noses were then kept in graves of around 20,000 units. A sacred monument is located in Kyoto and refers to this amazing custom. The Mimizuka – “The Ear Mount”, see photo above – houses almost 40,000 Korean noses who were killed in the invasions of Totoyomi Hideyoshi, the second of Japan’s three unifiers during the Sengoku period.

The shuriken, a samurai weapon?

Contrary to what one might think, the shuriken is actually a weapon used by both the samurai and the ashigaru soldiers, an infantry used by them. This confusion is due to the image of the ninja with which the practice of shuriken has been associated, spread through television and cinema. The best known shape is the flat Shuriken – Hira Shuriken – with 4 sharp points. Etymologically, the word can be divided into three parts: shu (hand), ri (throw) and ken (blade). The set can be translated as “sword hidden in hand”.

The art of dealing with the Shuriken is called Shurikenjutsu. The shuriken served as a complementary weapon for the samurai, who did not use them to kill, but to injure or distract. The enemy could easily be disoriented by a sharp blow from a shuriken that came out of nowhere and was lost a few meters away. These sharp stars cannot destroy solid armor and mainly target exposed body parts: eyes, hands and feet. As a real strategic tool, it could be soaked in poison, ignited, and even planted in the ground to cause sometimes fatal wounds.

The samurai will surprise us again and again. In contrast to appearances, they enjoyed a free and fulfilling sexuality. An amazing example is that of Wakashudo, which can be translated as “the way of young men”. It is a carnal relationship between a seasoned samurai and his young apprentice. Back then, the teenager was a lover and comrade in his arms and called himself Wakashu. During the Edo era, Japanese society considered this wakashu a “third type”.

At that time it was customary to entrust boys to monks or samurai teachers. If the latter gave their consent, they would become her lover into adulthood. These relationships were viewed with a benevolent eye by society, which it saw as beneficial to the young apprentice. In fact, the idea was to teach the value of honesty and raise awareness of beauty and aesthetics. Amazing Fact: Unlike our modern western societies, heterosexual relationships and love for women have been accused of feminizing the samurai.

The samurai’s equipment hides treasures of ingenuity and testifies to their ability to combine aesthetics and functionality. The Horo, a true inflatable protective cloak, was intended to protect its wearer from arrow attacks from behind and from the sides. This “improved cloak,” approximately six feet long, inflated like a balloon when the samurai rode his mount, greatly reducing the effects of enemy archers’ attacks. The horo consisted of several strips of fabric tied around a frame made of willow, bamboo or whalebone. The latter is called Oikago.

Wearing this cape was a characteristic sign, since its owner could be described as an important person or elite messenger (Tsukai prohibition). In addition, the horo was generally adorned with the emblem of the family with which its wearer was associated. In the diary of Hosokawa Fujitaka (commonly known as Hosokawa Yusai, daimyo of the Sengoku era), we learn that the severed head of a tsukai ban is a price. For the lucky samurai who defeated this and that person, here is the procedure: “When you take the head of a Horo warrior, wrap it in the silk of Horo. “.

Nakano Takeko and the Women’s Army

During the Boshin War, a Japanese civil war that lasted from January 1868 to May 1869 (Meiji era), Nakano Tekeko took part in the defense of the shogun Tokugawa Yoshinobu. When she was younger she was trained in poetry, calligraphy, and combat. With her rigorous training, she became adept at handling the naginata – a long-range weapon traditionally used by monks to cut the hocks of horses. She excelled in particular at the Battle of Aizu in the fall of 1868, when she did not hesitate to swing her Naginata against western firearms.

At just 21, she improvised the leader of a battalion of women trained on alert and fought fiercely against the enemy. When she was shot in the chest, she asked her sister to behead her to prevent her head from being used as a trophy. The Aizu Autumn Festival honors this extraordinary fighter and her women’s army every year.

They shot with a bow before swinging a saber

Originally the samurai were excellent archers. Indeed, the warrior’s way (bushido) centered on this practice, the art of which – kyudo, formerly kyujutsu – was seen as a more important skill than mastery of the sword for much of Japanese history. During the Kamakura period (1192-1334) horse shooters were used to train samurai. It even happened that the latter were forced to commit seppuku – ritual suicide – if the results were poor!

Etymologically we find the two parts Kyu (the arch) and Do (the way). Kyudo developed into a real martial art at the beginning of the Edo era. It was only towards the end of the samurai reign that they were associated with the image we all know is the sword master.

The right to legitimate murder

Because of their social status, the samurai enjoyed many privileges. The latter includes the right to freely kill people of the lower class if doing so does not respect them or endangers their honor. This very original right was granted to samurai until around 1870. We find its origin in a popular expression of the time: kiri sute gomen, which can be translated as “decision-making authority” (note that the execution must be done with a sword) and “decision-making authority”. give up “(thus referring to the place and body of the victim).

The samurai were honorable warriors and gave their victims the right to legitimately defend themselves. The term kiri sute gomen refers to the act of murder while it evokes humility and forgiveness. We then find a meaning close to these expressions: “I’m sorry to have killed you” or “I am sorry to have killed him, but it is my right”. Do not panic if you pronounce it during a trip to Japan: today the phrase means “I beg your forgiveness in advance”.