5 years in prison for this teenager for Minecraft 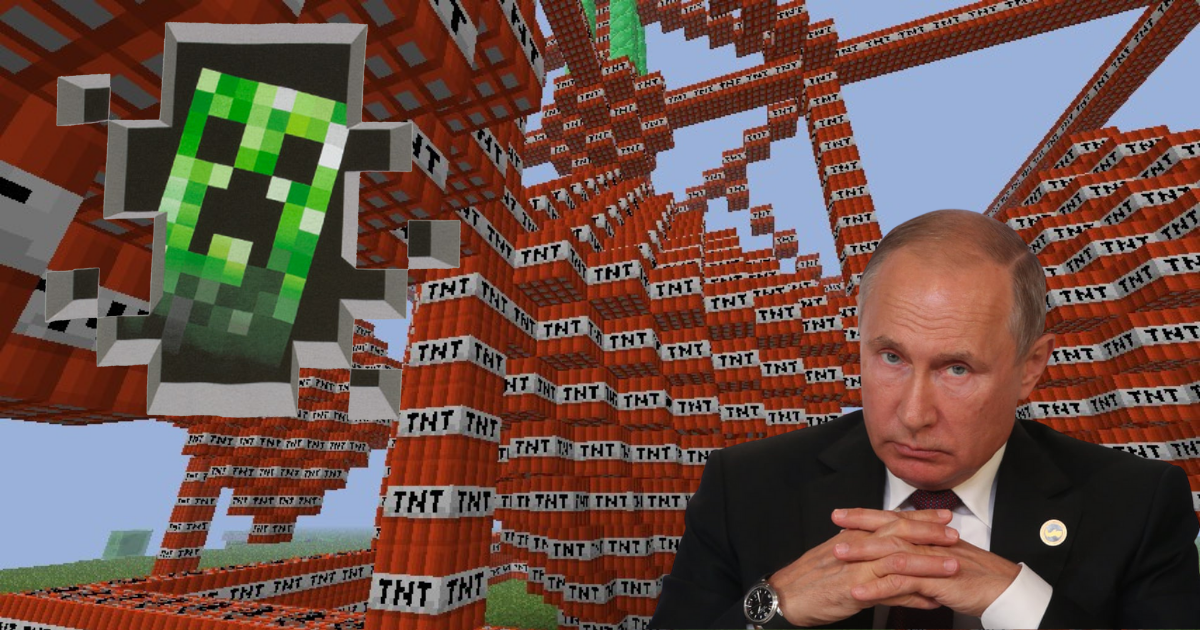 Minecraft is probably one of the best sandbox games and one of the most iconic video games in the industry. The game released more than ten years ago is still very popular with nearly 126 million monthly users in 2020. If the game is still so successful, it’s because of the freedom it offers, allowing players to shape the universe around them within the limits of their imaginations. From this come incredible projects, like this reproduction of the planet Tatooine from Star Wars, but also more tragic stories.

We know that the Russian government can be extremely harsh and that they have been targeting video games for some time, as evidenced by The Sims 4’s recent case against Russian homophobic laws. But today, if we stay in the realm of video games, the case we are reporting on moves in a completely different register.

As The Guardian reports, a Russian teenager has been sentenced to five years in prison for plotting to blow up a virtual Secret Service building in Minecraft. The move is part of a broader trend under President Vladimir Putin to put young Russians behind bars on so-called pre-emptive but controversial terrorism charges.

In a closed hearing, a Siberian military court then sentenced 16-year-old Nikita Uvarov to five years in a penal colony for “training in terrorist activities,” lawyer Pavel Chikov said on his Telegram account. Two other defendants were given suspended sentences for collaborating with investigators.

Ouvarov and two other teenagers from the town of Kanks, Siberia, were arrested in the summer of 2020 for distributing leaflets in support of a Moscow mathematician and anarchist activist accused of vandalism. They had posted one of the leaflets on a building of the FSB, the Federal Security Service of the Russian Federation, the main successor to the Soviet KGB.

Police took their phones and found an exchange about plans to blow up an FSB building they created in the popular video game. According to investigators, the teens also learned to make pipe bombs and practiced detonating them in abandoned buildings. The teenagers were originally supposed to face a charge of “membership of a terrorist organization” but were dropped due to lack of evidence.

In his final words in court, reported by Novaya Gazeta newspaper, Uvarov spoke of pressure from authorities during the investigation and denied any intention of detonating anything. He pleaded not guilty and said if he was sentenced to prison he would serve it “with a good conscience and with dignity”. He concluded:

For the last time before this court, I tell you: I am not a terrorist.

And it’s not the first time in recent years that young Russians have been jailed for controversial terrorism charges. In February 2020, seven young anarchist and anti-fascist activists were sentenced to between 6 and 18 years in prison on terrorism and other charges. Most of them were arrested between 2017 and 2018 and said they were tortured with electrodes and beaten in detention to extract confessions.