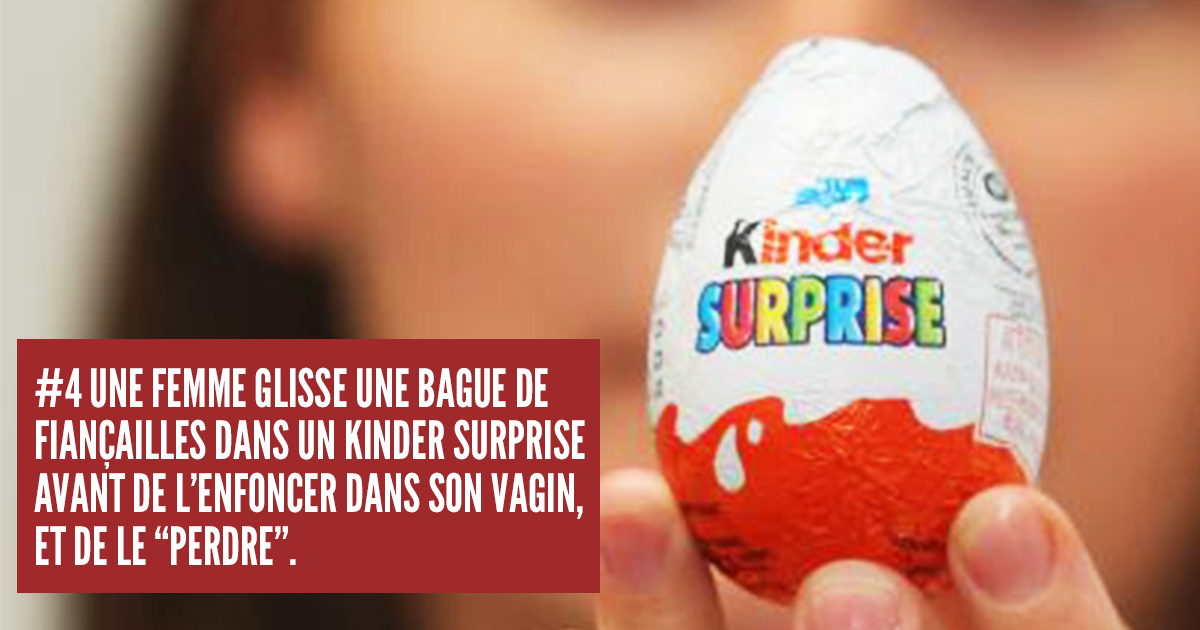 The news is full of anecdotes about sexuality, and unfortunately, sometimes certain fantasies take those who realize them straight to the emergency room. Today we invite you to take a look back at the 5 sex stories that went wrong. All of these stories may seem even crazier to one another than the others, yet they were all revealed by a doctor or surgeon who faced something new in their careers.

1) love with a snowman

In 2013, Kenneth Guillespie, a 68-year-old British man, had to be taken care of by the emergency room after he repeatedly “got into” a snowman. Known for his alcohol addiction, the man was found half-naked after a drunken evening and screaming next to the snowman in question. In a very drunk state, the man is said to have “mistaken” the snowman for a person and “made love to him”. His penis immediately suffered cold injuries such as frostbite. He then had to be treated to avoid potential gangrene infection.

In 2019, Urology Case Reports magazine reported that a 28-year-old man was admitted to the emergency room with pain and difficulty urinating. Five hours earlier, many magnetic balls had entered the urethra and ended up in the bladder. It is a masturbatory activity that can have serious consequences (such as an acute infection) but has always existed (although it is rare). A total of 159 small magnetic balls that had clumped in the bladder were removed after the emergency doctors intervened. Each of them was 0.5 cm in diameter.

A Chinese man from Jiangsu Province was recently admitted to the emergency room for trying to cure his constipation and discover new sensations by inserting an eel into his anus. This is a folk remedy that involves squeezing an eel into the stomach so it can do its job. Unfortunately, the eel migrated up the rectum to the colon, made a hole in the colon wall, and landed in the abdomen. The man was in pain but was “too shy” to go to the emergency room, according to the Global Times. However, after a day, he asked for help. The doctors managed to save his life at the last minute by removing a 8-inch eel. Notably, the eel was still alive when surgeons removed it from its body.

For obvious reasons, we did not want to make the video of the intervention visible in this article, but note that the latter was filmed and available on the YouTube platform.

4) a nice surprise in the vagina

In his book, This is going hurt: Secret Diaries of a Junior Doctor, Doctor Adam Kay reveals that a young woman once introduced herself to him after introducing an engagement ring for her companion in a Kinder Surprise before he inserted it into her vagina . Problem: The vertically inserted egg moved horizontally and could therefore no longer be removed by the young woman herself (and also by her companion). The doctors took her to the hospital and had to remove the egg with tweezers so that it could be presented to the future husband. Adam Kay also reveals that he said “yes”.

5) a fork in the urethra

In Canberra, a 70-year-old man was admitted to the emergency room in 2013 and underwent a 12-hour operation after a fork got stuck in his urethra. The fork in question was four inches long and made of metal. When the man presented himself at the hospital, his tail was bleeding. The attending physicians, who were faced with such a case for the first time, “discussed several possible surgeries” before removing the object with tweezers and plenty of lubricant while the patient was under anesthesia.

And if reality has disgusted you, we invite you to dive into our previous report on the history of sex in the cinema to see if reality really goes beyond fiction or not.