5 board games for 2 players for unforgettable games 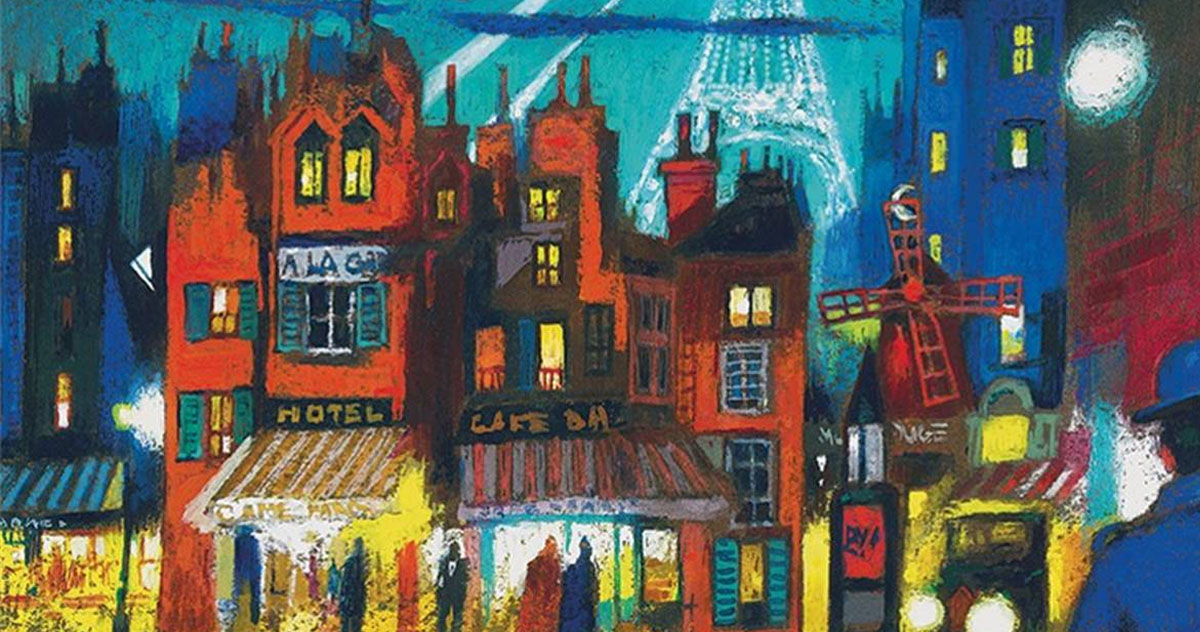 Yes, Christmas is getting closer and closer and with it some of the gifts that have to be offered and shared! It’s not easy to come up with ideas for board games these days. To help you as well as possible, we brought in the board game specialist ludum.fr, which has put together a selection of board games for two! What worries you in this complicated time, when the keywords remain, restriction and boredom! What could be nicer than a good board game to pass the time and have a good time before thinking about the next step and offering these 5 closed-eye strategy board games?

What could be nicer than giving a glimmer of hope in this dark time and bringing some light into this Christmas season. This is the promise of Paris Ville Lumière, a catchy strategy game that combines strategy and fun, set against the backdrop of history and the discovery of electricity that made Paris in full explosion in XXVII. Century illuminated.

Paris Ville Lumière remains a very simple game in which you will fight to evolve the city using the great novelty of the street lamps! The game is divided into two phases: first by paving the streets and reserving building spaces, then by building buildings! This is the difficulty of choosing strategic locations to block your opponent and earn points, with the help of postcards that will give you the opportunity to gain the advantage at any time or to lose everything … it’s up to you. the right decisions!

To win you must have the most points at the end of the game, that is, the most illuminated buildings. So will you succeed in the risky bet of becoming the Master of Lights in Paris …? With the story and strategy in mind, this game takes you into the depths of how Paris was made. It is up to you to make the right decisions and make your city a flagship of the modern age, a true symbol of the land of lights!

Paris Ville Lumière is played by ages 8 and up for games of around 45 minutes. A game for € 20.90 available here.

Azul, the strategist of the year!

Azul is the game that will add color to your parties, a real strategy game where reflection, opportunism and anticipation are mixed. This is one of the greatest achievements of the past two years, with three of the biggest awards in the gaming world, the Ace d’Or 2018, the Game of the Year 2018 and the Game of the Game!

The game is particularly easy to understand and play. The goal is to create the mosaics of the Palace of the King of Spain and score as many points as possible by creating color combinations in your mosaic. Each round gives you new opportunities for strategy and tactical progress. Expect your opponent’s strategies to block them or gain a significant advantage.

A near perfect game, fast and addicting with easy to understand mechanics. It takes real adaptability to be able to adjust your strategy and show opportunism to optimize your score! Certainly one of the bestsellers in the board game world!

Stellar is a real star in this dark time and the ultimate strategy card game, perfect for exciting games where every choice is crucial in the end. It takes real thinking for the players to be able to maximize their score!

Stellar takes you on a real journey through the galaxy, searching the stars with your telescope and notebook. The aim of the game is to get the most points in 11 rounds. It’s up to you to find the best strategy by skillfully arranging the celestial objects collected between your telescope and your notebook. It’s up to you to adjust your strategy to get the best combos possible to optimize your score and get real master strokes!

At the end of the game, the player who manages to collect the most points, thanks in particular to powerful card families and majority bonuses, wins and becomes the master of the stars! Between discovering the stars and analyzing the sky, Stellar is this year’s true shooting star! Something that will delight the greatest strategists and true duel lovers!

Stellar is published by Renegade Game Studios and is played for 2 people, ages 8+, for games of around 30 minutes. A game available here for € 14.90.

Find the universe of the Harry Potter saga, but this time as a wizard. You are no longer just a muggle! Take part in the fight against the forces of evil by training against each other to be ready to fight against you, you know who …

As in the book, the forces of evil are waiting for you. To escape them, nothing could be easier. Train and face your opponent in a magical battle full of intensity. The goal is simple: triumph by stunning your opponent three times. To do this, cast spell cards on him or inflict hexes on him. Each player represents their house, but can call on allies who are symbolic of the saga. Immerse yourself in the fight to push your opponent back, attack and defend yourself to become a better wizard than him and become Hogwarts’ first bulwark against the forces of evil!

Enter a magical world known to everyone and become one of the heroes of the Harry Potter saga. Can you face your opponent between strategy and daring? Can you be the worthy representative of your home and Hogwarts? To find out, take lane 9¾ and go to the castle … Dumbledore is counting on you!

Harry Potter: Defense Against the Dark Arts is played by 2 people ages 11 and up. To find a game for the price of 23.90 € right there.

7 Wonders Duel, a whole kingdom in your hands

In a complex world like today we sometimes want to start from scratch and create a world in our image, 7 Wonders Duel offers you that. Take the reins of your new empire, manage its development, let it grow and above all destroy your opponent!

The concept of the game is easy to understand. Become the most powerful empire by getting rich, financially and culturally or by destroying your opponent militarily. The game takes place over 3 age groups. At the start, players each choose 2 wonders that will follow them throughout the game. Each round, players choose to either fortify themselves through the use of resource cards to make significant progress in scoring at the end of the game, or to discard for useful coins to buy better cards.

The game can end in three different ways, imposing military supremacy, scientific supremacy, or even civil victory! 7 Wonders Duel is a purely strategic duel game where all moves are important and have an impact on your opponent’s ultimate victory and strategy. So do not have mercy, expand your empire and lead it to final victory!

As you understand, you are not at the end of your surprises. These games each offer different duel worlds, which are enough to change the world regularly while in custody.