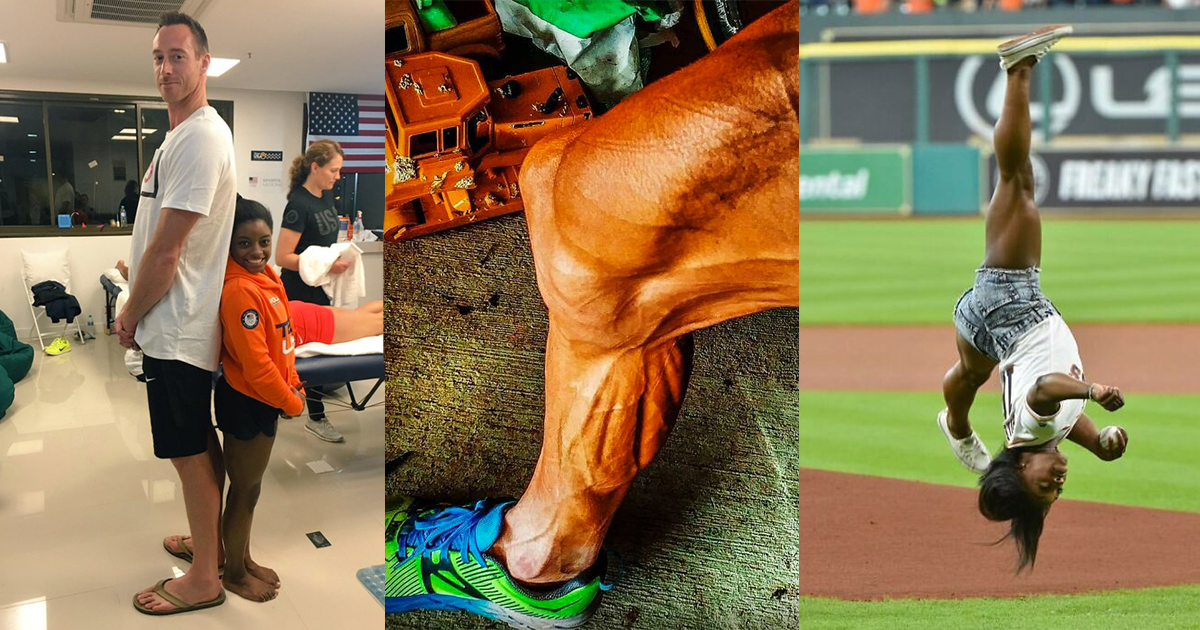 The Tokyo 2020 Olympics, which started on July 23rd and ends on August 8th, are an opportunity for the world’s greatest athletes to compete against each other, to represent their country, to surpass themselves, but also an amazing one for all spectators Show. In this article we invite you to discover a selection of 47 photos that prove that the athletes are exceptional.

# 3 What ski jumping athletes see before they get started

# 8 A gymnast’s radio in full power

“You thought Greipal had big legs. Today was a quadrupal competition in the German camp. Greipal has lost. “

# 23 First pitch for the Houston Astros

# 25 wellness routine for an athlete

# 28 Nothing could be more normal athlete hands

# 29 The hands of an Olympic rower

“My hands after spending so long with wet gloves on. The blisters weren’t bad at that polar race, but the moisture seeped into the skin …”

“Look at the hands that got the Filipina onto the podium. Diaz says there are other injuries that you can’t see.”

“Thank you for all of your messages. Difficult to deal with my disappointment, but also very proud of our performance.”

“The difference in altitude for athletes does not matter, depending on the sport. 2m07 & 1m46”

# 40 Recovery is just as important as exercising

# 41 Full shave before a swimming competition

# 45 After setting the track on fire, he takes something with him

If you enjoyed this article, you will surely like to hear the reactions of internet users to the best performances of the Olympics.