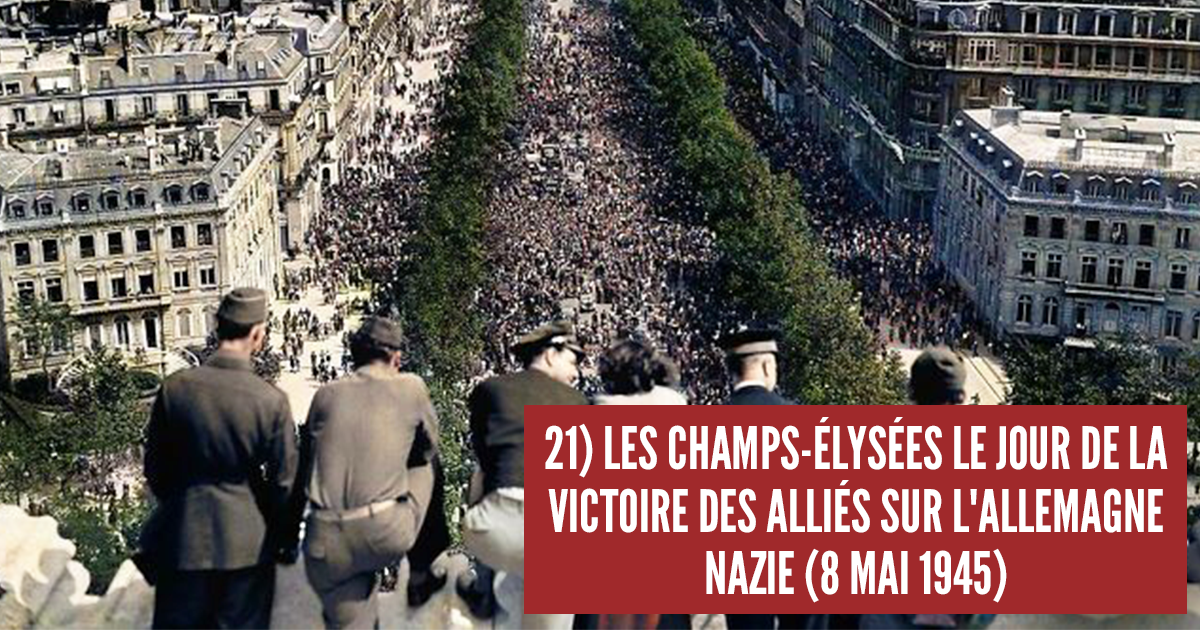 A while back we suggested that you discover 40 historical photographs you don’t see in all history books and you loved the concept. Today, therefore, we repeat it with 40 new photographs to highlight new moments in history.

3) Brenda Spencer, 16, walks out of court in Santa Ana, California after pleading guilty to murdering two people and injuring nine others (1979)

4) A French boy introduces himself to Indian soldiers who have just arrived in France to fight alongside French and British forces (September 30, 1914)

Comment: This is a colorized version of the photo.

7) Remember that photo of construction workers having lunch atop the unfinished Empire State Building? This is the photographer Charles Ebbets who took this photo (September 20, 1932)

8) Nirvana at the photo shoot for their album Nevermind (1991)

14) A man protects his family from cannibals during the famine in Madras in 1877, India

16) Hitler rehearses a speech in front of a mirror (photograph by his personal photographer Heinrich Hoffmann, 1925)

21) The Champs-Élysées seen from the Arc de Triomphe on the day of the Allied victory over Nazi Germany (May 8, 1945)

23) A US soldier holds a centipede found in the jungle during the Vietnam War (1967).

25) One of the only known color photographs of the Russian Tsar’s legendary Amber Room – looted by the Nazis (St. Petersburg, 1943)

Comment: In 1716, King Friedrich Wilhelm I of Prussia gave the Russian Tsar Peter the Great the panels of the Amber Room in one of his Berlin palaces. Over time, they formed the decor of the famous Russian Amber Room, sometimes considered the 8th wonder of the world. This space has in fact been enriched and decorated over time. Unfortunately, the Germans appropriated these works in 1941 during World War II when they occupied the Soviet Union.

When Soviet troops recaptured the city of Königsberg in April 1945, the riches of the Amber Room were not found. To this day we don’t know what happened to them. Buried, burned or hidden, these riches will be talked about over and over again over the course of time.

27) A photograph of a diver in 1899. Many experts believe this was the first photograph taken underwater

31) A Dutch athlete receives as a sports award a portrait of Adolf Hitler offered by General Otto Schumann (Netherlands, 1941)

32) a miner working in a coal mine waiting to enter the communal shower at the end of his work (Germany, 1958)

37) John Lennon signs an autograph for Mark David Chapman, the man who would kill him five hours later (New York – 1980)