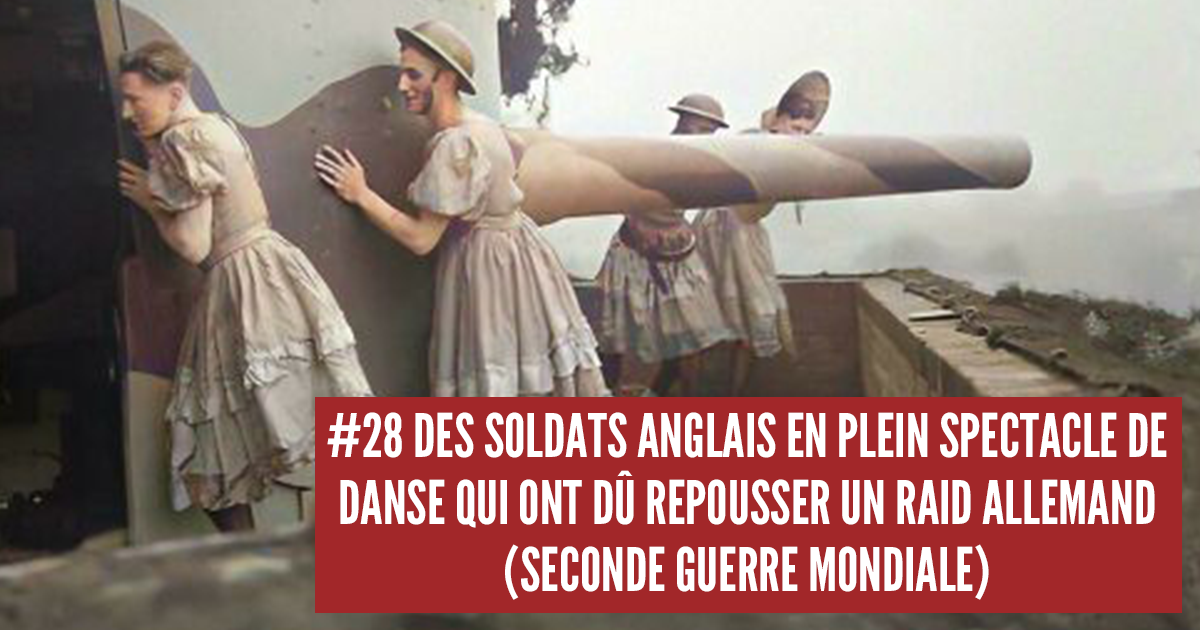 A little over a week ago we invited you to discover 40 rare historical photographs and many of you asked for similar items. So, after some research, we offer you a continuation of this article by offering you 30 new historical photos that are as rare as they are amazing.

Commentary: Today the play of light entering the station is no longer visible due to tall buildings blocking the sunlight all around. Photo by Louis Faurer.

3) John T. Scopes, a high school teacher, is tried in Dayton, Tennessee for teaching the theory of evolution which was forbidden by state law (July 10, 1925)

8) A woman cutting her birthday cake in Iran in 1973, 5 years before the Islamic Revolution

9) An old Chechen woman leaves her house with only a portrait of her husband and carpets. The Russian soldiers only gave him 5 minutes to pack up and leave before destroying his house and everything in it. Her sons and her husband were already dead. She had lost everything (May 1995, Grozny)

Commentary: The French Chef is a very popular American television show that started in 1963 and played an important role in the spread and expansion of French cuisine in the United States.

Comment: Max Schreck is a German actor best known for playing the role of Count Orlock in FW Murnau’s 1922 Nosferatu the Vampire.

12) A Korean mother kisses her son, a prisoner of war who escaped from his North Korean camp shortly after the Panmunjeom armistice (1953).

Comment: The Panmunjeom Armistice was signed on July 27, 1953 between North Korea and China on the one hand and the United Nations on the other. The armistice officially ends the Korean War, although South Korea never signed it, so technically the two sides are still at war as no peace treaty has otherwise been ratified.

14) Chief Low Dog – An Oglala Lakota chief who fought with Sitting Bull at the Battle of the Little Bighorn circa 1881.

Commentary: Low Dog was an Oglala chief (the majority of the Oglala now live on the Pine Ridge Indian Reservation in South Dakota) who fought with Sitting Bull (one of the most important American Indians who resisted the American Army, notable for his role in the Indian Wars). ) at the Battle of the Little Bighorn, in which Sitting Bull excelled. Low Dog became a Warchief at the age of 14. After surrendering to the Americans in 1881, he lived with the Standing Rock Agency.

Comment: Queen Genepil is the newest consort of the Queen of Mongolia and she was married to Bogdo Khan. She was executed in May 1938 as part of the Stalinist repressions in Mongolia, during which a large part of the population was massacred. Its history has captivated subsequent generations.

Comment: David Bowie spent the first five months of 1976 on the Isolar tour to promote his 1976 album Station to Station. This album is known to have been recorded while Bowie was living in Los Angeles, fueled largely by his cocaine addiction.

On the night of March 20, 1976, after playing the Community War Memorial Arena in Rochester, David Bowie retired to the Americana Rochester Hotel for a party with Iggy Pop and some new friends. Two plainclothes policewomen were also at the party but found not the slightest trace of cocaine (which they were initially looking for). However, they found a very large amount of marijuana. At 2:25 a.m. on March 21, four Deputy Police detectives and a State Police detective seized the drugs and arrested David Bowie, who then went on bail to Springfield, a city where he performed another concert that same night.

17) Photo of the first official East German defector, Conrad Schumann, who fled to the west side on August 15, 1961 after jumping over the unfinished part of the fence he was guarding

Comment: This is a colorized version of the photo.

19) People struggling to board a plane in Nha Trang on April 1, 1975 during the US withdrawal from South Vietnam

Comment: With the war in Vietnam deadlocked and increasingly unpopular with American public opinion, the 1973 Paris Peace Accords decided on the withdrawal of the American military. In April 1975, while the Democratic Republic of Vietnam was winning the war (and later causing the fall of Saigon), the United States launched Operation Babylift, the primary goal of which was to evacuate as many children as possible living in Saigon. Indeed, for the Americans there was no question of abandoning the mixed-race children born of the union of American soldiers and Vietnamese mothers in the hands of the victorious Communists. The following image is the result of this operation.

21) Rail travelers with white protective masks: One of them is labeled “Wear a mask or go to jail” during the 1918 influenza pandemic in California.

Comment: Samson Beaver was the son of Job Beaver, a well known Rocky Mountain guide in the late 19th and early 20th centuries. Both were members of an indigenous people called “Stoney” and worked in the Rocky Mountains, Canada. And both went down in history after helping to discover and more accurately map the Rockies. Samson Beaver, his wife Leah and their daughter Frances Louise were photographed by Mary Schäffer in 1907.

24) a group of Nachthexen (“Nachthexen”, in English), fearless female Russian pilots who bombed the Nazis at night in 1941

Commentary: The Russian 588th Night Bomber Regiment is unknown to the general public. Still, with 30,000 missions and 23,000 tons of bombs dropped, it is the most decorated 100% female unit in history. The team consisted only of drivers and mechanics between the ages of 17 and 26.

26) Annette Kellerman advocates for women’s right to wear a form-fitting bathing suit. She was arrested for indecency (1907)

And you, which photo in this article impressed you the most? Don’t hesitate to give us feedback via our comments section! And if you want to continue your momentum, you can discover 34 photographs of historical figures if they lived in our time.