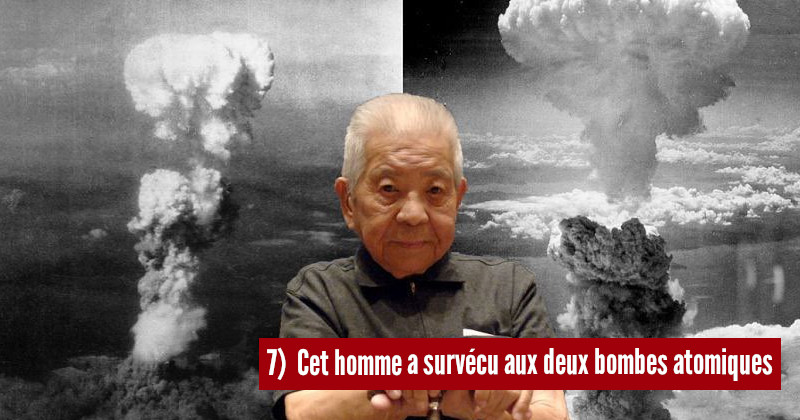 A long time ago we offered you a first selection of historical facts that not everyone necessarily knows. But the good thing about the story is that it is so rich that it is full of all kinds of facts and events that you may not have heard of all of them. So today we’re bringing you a little catch-up on 30 historical facts we may not have heard of that we’ve shared from the Everyday Historical Facts Instagram account.

In the 1930s, parents in London hung their babies in a cage by the window to air and clean them.

In the 1920s, before cinema had special effects, it was fashionable to pose for a photograph with actors in animal costumes, especially polar bears.

Elizabeth Bathory was a 16th-century Hungarian countess who was particularly known for murdering many women, whom she used to cover with honey to be devoured after death.

Ching Shih was a Chinese prostitute, a trafficked slave. But when she is captured by a pirate captain, she marries him and becomes one of the most important and feared pirates of her time.

Jackie was a baboon soldier who fought in the South African Army during World War I.

William Patrick Hitler was the nephew of the notorious Hitler. But he had a very different fate as he fled Germany and took up arms against his uncle by enlisting in the American Army.

As far as we know, Tsutomu Yamaguchi is the only person who survived the atomic bombing of Hiroshima and Nagasaki in August 1945.

The Orphan Train Movement (literally “moving orphans”) was a movement to provide housing for poor and/or orphaned children that took place between 1853 and 1921 in the United States. These children were transported from the big cities of the East to rural northern areas where they were adopted.

Ota Benga was a young teenager who was brought from Africa to act as an attraction in zoos and other events for about ten years before he was eventually released.

Maurice Tillet was a French wrestler, known as the “French Angel”. He would have served as the main source of inspiration for the creation of the ogre Shrek.

Ruth Ellis was the last woman to be executed in Britain, in 1955 after deliberately murdering her husband. But a petition that received more than 50,000 signatures called for the verdict to be overturned.

In the 1940s, humans were responsible for acting as “human alarms” to wake people at home to make sure they weren’t late for work.

In England it was not uncommon for young children to be sold by their poor parents and then become chimney sweeps, often resulting in their early deaths.

By the late 1960s, military training in Soviet schools had become the norm, requiring students to be prepared to react in the event of an attack.

The pied piper was a common profession in Europe in the 20th century to avoid the spread of disease or the disappearance of supplies.

In July 1947, one of the largest riots in US history took place. Then thousands of African Americans demonstrated against their living conditions, 43 people were killed and more than 1,400 injured.

In 1834 it was the doctor John Cooke Bennet who added tomatoes to ketchup. Except that he then tries to pretend that it is a drug. After years of deception, ketchup became a simple sauce in the early 1850s.

From the 10th century, the custom of “binding feet” developed in China. First born to please an emperor, it then evolved and became a sign of beauty and wealth.

Before he became President of the United States, Abraham Lincoln was a well-known fighter, champion of his county of Illinois and known for extensively berating his opponents in the ring.

In 1871, Anna Haining Swan and Martin van Buren Bates became the tallest couple to marry, both about 8 feet tall.

One of the most famous soldiers of World War II was a woman. Lyudmila Pavlichenko was actually a Soviet sniper who allegedly killed 309 Nazis.

It was not until June 1, 1942 that the existence of the concentration camps became known to the public.

Invented by French designer Louis Reard, the Bikini was born in 1946 and takes its name from Bikini Atoll, the site of numerous United States nuclear weapons tests during World War II.

In 1960, the American flag we know today was introduced, while the previous one had only 49 stars instead of 50. In fact, Hawaii became the 50th American state the year before.

1969 is considered the year of the first major demonstration fighting for the LGBT cause. This happened in New York City after a police raid took place at the Stonewall gay club.

The Globe Theater we know today, where Shakespeare performed many times, is not the original. The latter was actually a little further away, but burned down completely in 1613.

In 1944, George Stinney became the youngest person to be executed in an electric chair by the American judiciary for the murder of two young girls. He was 14 years old.

Susan B. Anthony was a 19th-century civil rights activist, particularly for women’s suffrage. In 1872, she attempted to cast her ballot in the presidential election and was fined $100. Almost 50 years later, women were granted the right to vote in the United States.

Since 2004, special events have taken place in various cities every year: hundreds of cyclists demonstrate naked to demonstrate, among other things, against the safety problems of two wheels on the road.

In 2016, the Harambe gorilla was killed after coming into contact with a three-year-old toddler who climbed over his fence at the Cincinnati Zoo. The event was controversial because the animal showed no violence or hostility towards the little boy. Many had asked at the time that the mother should be blamed for leaving her unattended.

And if you want to discover other strange historical facts, this is happening!