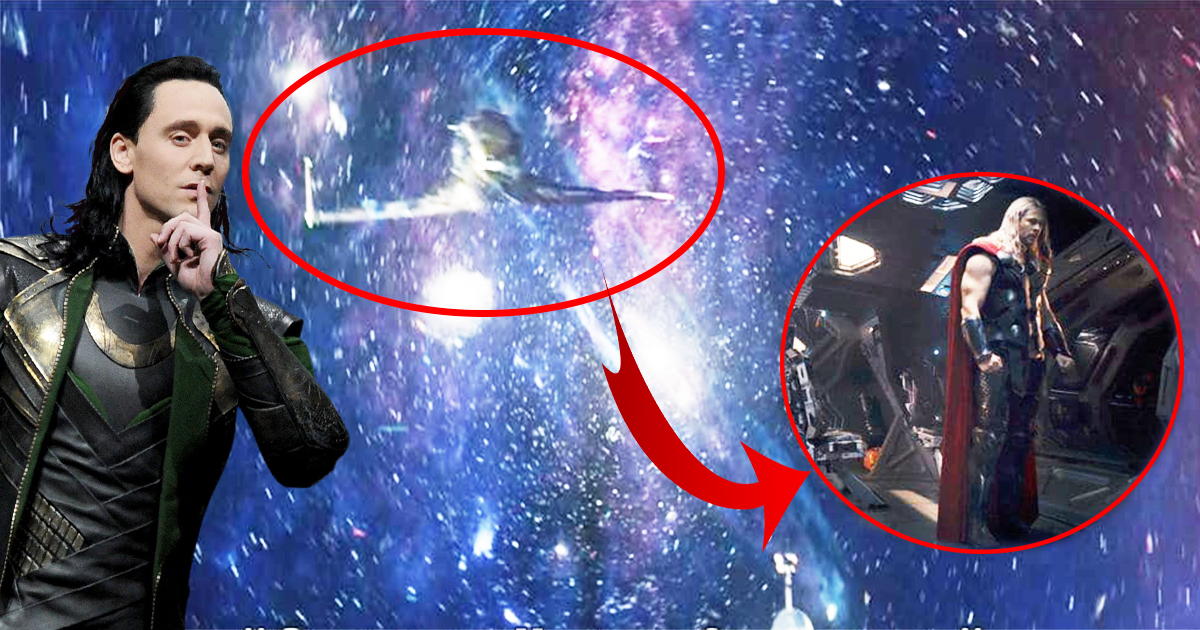 Shortly after Loki episode 5 aired, we offered to find out what villains might be in the castle that appeared. Kang was among them, and many of us were hoping for his final appearance. With episode 6 of the series we were able to solidify our idea, but it also goes beyond that as this episode, like the previous one, contains many Easter eggs. We invite you to discover the 23 things to remember from this episode 6.

Warning: this article contains loot relating to the sixth and final episode of the first season of the Loki series. Don’t read any further if you don’t want to read it.

1) an introduction full of quotations

The introduction of the last episode of this season 1 is really very interesting. Episode 6 actually starts with Peggy and Steve’s song, “It’s Been a Long, Long Time,” which we heard across the MCU. During this intro we also hear iconic lines from other films and series, such as:

Ant-Man, Tony Stark, Hank Pym, Sam, Scott and Hope are also in the game … the list goes on. But it’s also interesting to note that below all these lines we also hear some famous quotes like that of:

This mix between our universe and that of the MCU is particularly successful as it creates a connection between two “parallel” universes and thus shows us in advance that the multiverse will finally be opened in this episode.

Another anecdote about this introduction, just as we hear a quote from Neil Armstrong, we are introduced to the Quinjet (in which Natasha, Clint, and the others traveled into space during Avengers: Endgame). . This is just a hypothesis, but it is shared by many internet users.

3) the citadel of the end of time

The Citadel of the End of Times is straight out of the comics. It first appeared in issue 245 of the Thor comic book series when Thor, Jane and other Asgardians travel there. In the comics, it’s the Keepers of Time’s base of operations. In the comics, Kang (or rather its variant, Immortus) has a citadel very similar to this one called the Castle of Limbo. We describe the history of this citadel in another of our articles.

As Loki and Sylvie climb the citadel steps, we can see two hourglasses on the door of He Who Remains. Hourglasses (which is also an “infinity” logo) are a TVA trademark that stands for “forever and ever”. They have appeared in previous episodes, and it was also important to discover them in this one, in previous episodes, many of them appeared to us, like in episode 5:

In this episode 6 we only see two. It is very likely that these two hourglasses are an allusion to the fact that Sylvie and Loki are now responsible for this VAT motto “forever and ever” and the entire flow of time.

The character of Miss Minutes greets Sylvie and Loki in the Citadel of the End Times. She tries to seduce Loki and Sylvie by mentioning some of the failed plans the latter could have succeeded with with the help of The One Who Abode.

Under the plans mentioned by Miss Minutes, Loki could have won the Battle of New York in Avengers and he could also have become King of Asgard, which he once tried to achieve. She also claims that Loki could manage to kill Thanos and seize the Infinity Gauntlet, which most likely would have been her plan if the Battle of New York had been a success.

7) the one who stays

We get it as the episode progresses: The One Who Remains is actually Kang and, more precisely, Immortus. An article that has already been published explains in more detail who this character is and in particular which variant of Kang (namely Immortus) is presented to us. Actor Jonathan Majors has therefore officially joined the MCU.

The outfit of Jonathan Majors’ character is interesting. In fact, it looks like it’s a perfect mix between the character of Kang and the one who stays. In the comics, however, Kang actually learns to conquer the timelines by studying the One Who Bleis. It is therefore logical that in the outfit of the character we find the MCU elements borrowed from both characters. Another interesting point, the character of Immortus in the comics has a gold symbol on the bust, as is the case here in this sixth episode:

In this episode, The One Who Bleis explains to us that many of its variants have a penchant for destruction. In the comics, too, there are a multitude of variants of Kang, such as Nathaniel Richards, Immortus, Iron Lad or Rama-Tut. It is a surefire thing that we will meet several of them during MCU Phase 4. In addition, there is a “Council of Kangs” in the comics, a group of several kangs who try to eliminate any kangs that deviate from the established path. It seems that the MCU decided to drastically reduce the original group.

In this episode 6 we see the statues of three characters and a fourth, broken. These statues represent the three guardians of time that we know and have never met. In the comics, the One Who Remains actually created four Keepers of Time, but one of them, the Oracle of Siwa, was exiled.

11) the turner of the times

In the Thor series’ aforementioned 245 comics, The One Who Remains reveals what the Time Twisters really do. And the “Twisters of Time”, as he calls them, are a trio of beings created by the TVA who are responsible for regulating the flow of time. Here we have a very clear relation to Loki, Sylvie and Mobius.

12) an apple that is a reference

For much of the episode, The Remaining One eats an apple. The latter is a biblical reference first and foremost, as throughout the episode the character explains the complexity of the universe to two “open” characters who basically know nothing about it. The metaphor with God and Adam and Eve is interesting. As in the Bible elsewhere, it will be the female figure who is to blame for betraying the “Creator’s” trust and bringing great dangers to earth.

In addition, the apple is also a reference to Doctor Strange, which was previously practiced on an apple with the eye of Agamotto. This is a connection to the flow of events and the opening of the Multiverse, which we will understand in more detail with Doctor Strange 2.

13) a camera movement that is strangely reminiscent of Doctor

When Sylvie and Loki enter the citadel, the camera tilts. This very specific camera movement was used a lot in Doctor Strange, especially when Stephen and Mordo fight Kaecilius. So we’re using this camera movement to prepare for a fight in which two characters from the MCU face off against a new unit.

14) the real name of Renslayer

Behind B-15 is Ravonna’s real name, which appears on her graduation from Ohio State University. Ravonnaa’s real name is therefore actually Rebecca Tourminet, as Ravonna was called in the comics when she tried to distance herself from Kang. A nice hint.

15) a pen leading to a variant of ravonna. belonged to

The pen Mobius continued to use in Ravonna’s office (episode 2 and episode 4) actually refers to a variant of Ravonna who lives in 2018.

17) a portrait of Franklin D. Roosevelt

When Ravonna tries to confuse Mobius (a second time), Mobius looks up at her. This scene is eerily similar to the one where Loki looks up to the Avengers in the movie Avengers.

The statue of Kang, as seen at the end of Episode 6, looks like two drops of water, like Kang’s appearance in the comics. So this confirms that we had good things to do with Immortus and not Kang throughout the episode.

This time we have finally entered the multiverse of the MCU. This, as we know, will have a huge impact on the films to come, especially Doctor Strange 2 and Spider-Man: No Way Home.

21) Loki in a new temporality

At the end of episode 6 we see that Mobius does not recognize Loki. The latter therefore integrated a new timeline in which he met neither Mobius nor B-15. We wish him the best of luck again to get out of this mess.

During the post-credits scene, Season 2 of the Loki series is announced! We dedicated an earlier article to this topic.

In episode 6 of Loki, a scene that appeared in the trailer for the last few episodes and fascinated many people was not seen. This is the scene in which “King Loki” appears.

#Loki episode 6 spoilers! #LokiWednesdays #DisneyPlus
–
–
–
Where did that scene go? .. i was waiting for King Loki like what pic.twitter.com/bmzAfSwowv

In reality, this is surely again a small nod from Marvel. Although this scene was not featured in the episode, it was mentioned by Miss Minutes when she stated that Loki could have become King of Asgard. So it is a scene from a parallel universe that Loki rejected and that we therefore could not discover in this last episode.

And in case you still didn’t know, we received confirmation yesterday that Loki’s character will appear in another MCU Phase 4 film.