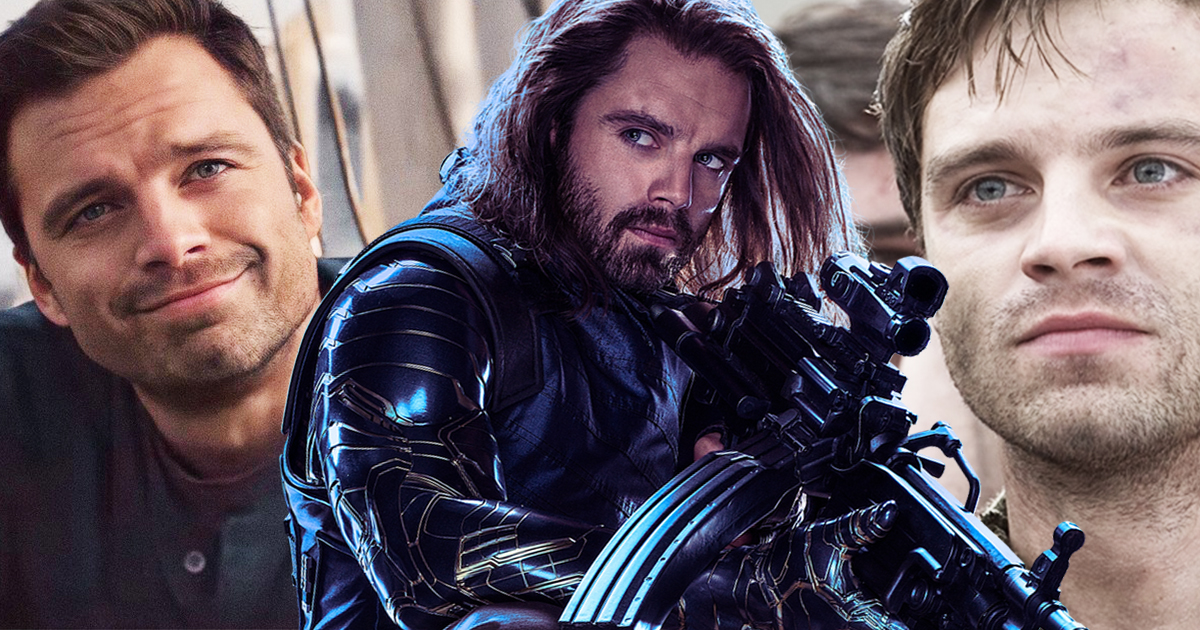 There are certain destinies that shape us forever, and that of Bucky Barnes in the MCU is one of them. James Barnes is indeed a character who seems to have lived a thousand lives in one. The Falcon and the Winter Soldier co-star has had such a chaotic past that it was important for us to take stock of all of these events. If Bucky is the Bucky on the road to salvation (and the nascent white wolf) that we know today, it’s because he faced one of the most chaotic stories in the entire MCU.

Bucky Barnes was born in Brooklyn on March 10, 1917, more than a year before Steve Rogers’ birthday on July 4, 1918. He is the oldest of four siblings and did not hesitate to intervene when young Rogers was bullied in the schoolyard. Bucky became friends with Steve Rogers and defended him several times.

1936: Bucky invites Steve Rogers to live with him

After Sarah Rogers dies of tuberculosis, Bucky invites Steve Rogers, now an orphan, to live with him and his family. At this point the two men are more than just friends: they have become brothers.

1941: Bucky and the beginning of World War II

In December 1941, Bucky joined Camp McCoy after the United States participated in World War II. Steve Rogers wanted to enroll as well, but his candidacy was turned down, unlike Bucky’s, who had an athletic background. The latter then spent the winter at Camp McCoy training with the 107th Infantry Regiment (the same unit that Steve’s father served as a sniper during World War I). Prior to his assignment, Bucky had achieved the rank of sergeant.

Summer 1943: Bucky visits the Stark Expo and travels to Europe

Sergeant James Barnes learns that he will be deployed abroad, first to England, then to the Western Front. Before setting sail, Bucky traveled to New York to say goodbye in particular to Steve Rogers and to attend the Stark Expo in 1943.

During the fighting on the Italian front in Azzano in October 1943, Sergeant Barnes and his unit were attacked by Wehrmacht troops and taken prisoner. Barnes is relocated to Austria and must help build his enemies’ war machines (including the Valkyrie bomber). Barnes eventually fell ill and was turned over to scientist Arnim Zola (who works for Hydra) so that he could conduct experiments. It was at that very moment that Barnes received the Super Soldier Serum, although the process did not initially seem successful.

While on a European tour with the USO, Steve Rogers (who is now Captain America) learns that Barnes has been captured. Then he goes on a daring solo mission to help out his lifelong friend. After Rogers frees the other prisoners of war, he finds Barnes in the medical wing of the building and manages to get him out. The two run into Red Skull, but still manage to get out.

1944: Bucky and Captain America work together

Bucky and his friends, who were also prisoners of war, were given leave in London. You will then be asked to join a new anti-hydra unit: the Howling Commandos. Throughout 1944, Captain America and the Howling Commandos were attacked and, in turn, succeeded in destroying many of Hydra’s scientific facilities. Barnes regularly plays the role of a sniper during these type of missions to protect his brothers in arms from afar. This group succeeded in delaying Hydra’s research on the Tesseract, but without finally stopping it. Barnes has performed with his childhood friend several times and has made a name for himself as a hero, especially at home.

At the beginning of 1945, the Howling Commandos learned that Arnim Zola was trying to cross the Alps on the high-speed line express train EB912. So they are planning a high risk mission to board the train and capture Zola. Steve Rogers and Bucky manage to break into the train and face several Hydra soldiers. One of them then pivots an experimental assault cannon. Bucky was thrown to the side of the train during the altercation and apparently fell into the frozen Danube, hundreds of meters below him. Thanks to the Super Soldier Serum, Bucky survives but loses his left arm on impact. He lies on the floor and is in a near-death state. He is discovered by a Soviet soldier who hands him over to his superiors. Bucky therefore returns under the leadership of Hydra within the company’s Soviet branch.

For the first few years of his captivity, Bucky Barnes is held captive and tortured by Hydra. Zola then helps Hydra infiltrate SHIELD and begins work on the Winter Soldier program. Zola and his team fitted Barnes with a high-tech prosthetic arm and tried to clear his memory and get him to obey her orders. Barnes is regularly entitled to electroconvulsive therapy for this. Between each brainwashing session, Hydra prevented Barnes from aging thanks to her specific cryogenic sleep. He was eventually completely rewritten to become Hydra’s super soldier.

1951: The winter soldier is sent to the Korean War to fight there

In 1951, the winter soldier was deployed during the Korean War to aid Soviet forces faced by American troops. In a bar in Goyang, the winter soldier meets Isaiah Bradley, an American who is subjected to an experimental super soldier serum against his will. The two men fight hard and Bradley manages to inflict enough damage on the winter soldier that he eventually has to replace his prosthetic arm.

During the decade following his meeting with Isaiah Bradley, the Winter Soldier would be euthanized and then put on a “thaw cycle” to avoid aging too much and to eliminate all Hydra targets. The winter soldier defeated eminent scientists, powerful military leaders and various political figures such as President John F. Kennedy (before he had Lee Harvey Oswald wear the hat).

Arnim Zola died in 1972, and the Winter Soldier program has now been entrusted to Colonel Vasily Karpov, a Hydra agent in the Russian military. The Winter Soldier will continue to be put into cryogenic sleep on a regular basis to prevent them from aging too quickly, and will continue to be activated during high-stakes missions. In 1991, Howard Stark managed to restore Erskine’s super soldier serum. The winter soldier was then dispatched to eliminate Howard and his wife on December 16, 1991, portraying the murders as an accident.

1992: The winter soldier creates a new generation of super soldiers

1993: The winter soldier storms the Hotel Inessa in Russia

The winter soldier uses extreme cold to eliminate an oligarch and his entourage in the Hotel Inessa before coldly murdering a witness from the scene. This is the last time in a relatively long time that we will see the winter soldier.

2009: The winter soldier kills a scientist under the protection of the black widow

In 2009, an Iranian nuclear scientist was under the protection of Natasha Romanoff, but without expecting the winter soldier to be activated. Bucky will complete his mission (neutralize the scientist) and leave a beautiful scar on Black Widow that prevents him from wearing bikinis. The winter soldier then had to take a break for several years.

Bucky Barnes was in Romania in 2016 when he was caught in a bombing raid that killed King T’Chaka of Wakanda and several others. Despite Rogers’ attempts to come to the aid of his friend, the winter soldier was taken into custody and taken to Berlin. After Zemo received the various activation codes from Vasily Karpov, he reactivated the Winter Soldier program and freed Barnes.

Barnes is captured by Rogers and Wilson and recovers from his brainwashing. He realizes that Zemo’s goal is to activate the other five winter soldiers in Siberia who are still in a cryogenic sleep. Several fights ensued with the happy presence of T’Challa, who learned the truth and took Zemo into custody. Captain America was then on the run after freeing Sam and other allies in the raft. Bucky has since been sent to Wakanda to have Wakandan specialists investigate his case and deprogram him once and for all.

From 2016 to 2018, Bucky found his senses in Wakanda and was able to successfully deprogram thanks to Shuri, T’Challa’s sister. Bucky finds that after years of bondage, he is finally free and completely stunned. He gets the nickname “White Wolf” by engaging with the local population.

King T’Challa visits Bucky and offers him a new Vibranium Arm. Bucky then stands next to Steve Rogers and fights body and soul before finally crumbling to dust from Thanos, part of the 50% of the decimated population.

For five years, Bucky Barnes ceased to exist, but without counting on every single event in Endgame that turned the tide. At the end of Endgame, Steve informs his eldest friend that he will go back in time to live with Peggy Carter and then returns as an old man to give his shield to Sam Wilson. Bucky then has to say goodbye to Steve.

2024: Bucky in collaboration with Sam Wilson

Officially pardoned for all crimes he committed as a winter soldier, Bucky Barnes begins his journey to salvation. He works with Sam Wilson to get him to accept his new role as Captain America and eventually reunites with Baron Zemo and even cooperates with him before handing him over to Wakanda. Bucky is definitely no longer the winter soldier and can now become someone special.