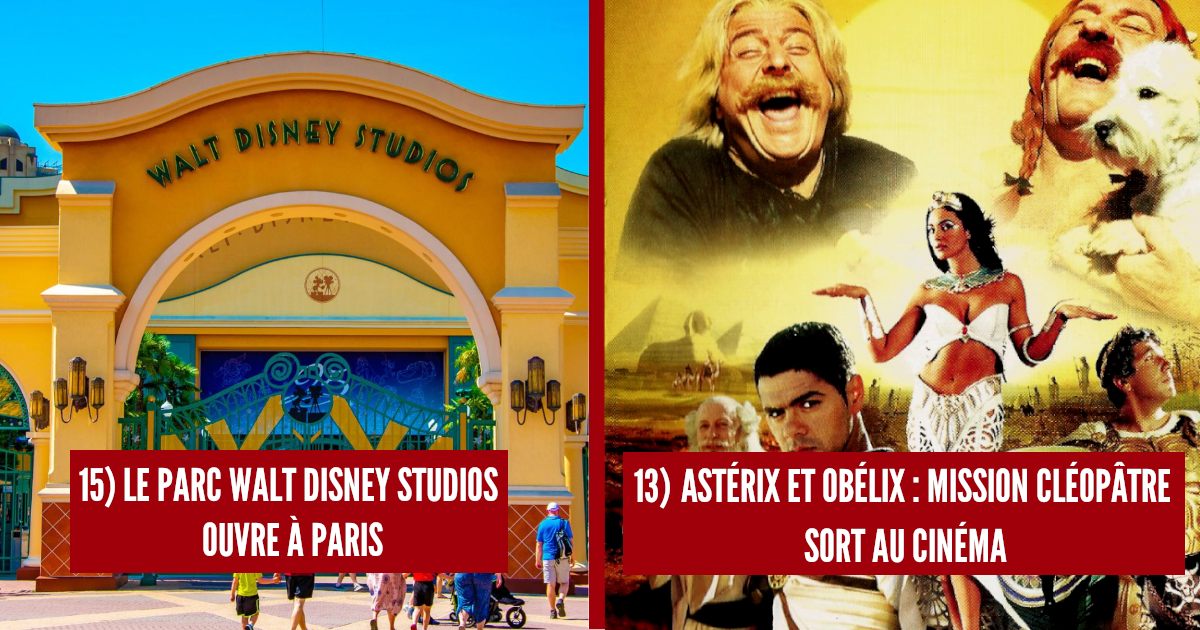 10 years after the supposed end of the world and despite a pandemic making our life difficult for two years, we managed to survive until 2022. The opportunity to look behind us and remember 20 significant events that took place there 20 years ago 2002.

#1 The French team, defending champions, are eliminated in the first round of the World Cup in Korea

After beating Brazil 3-0 in the 1998 World Cup Final, France were eliminated in the 2002 group stage with 0 wins and 0 goals scored.

#2 The euro officially comes into force as the official currency

The euro becomes the common official currency for 12 EU countries before being expanded to other countries in the following years.

The richest man in the world, who was not rich at that time, founded his company specializing in aerospace.

Her death comes just months after that of Elizabeth II’s sister, Margaret.

Maxime Brunerie is a far-right activist affiliated with Radical Unite, a nationalist and revolutionary political organization. He attempts to assassinate the French President during the July 14 parade.

For the first time in history, the extreme right reached the second ballot, but Chirac largely won the election against Le Pen (82.21% of the vote to 17.79%).

#8 The United States and Russia sign a disarmament treaty

The two states pledge to reduce the number of nuclear warheads in their possession within 10 years.

The Joola has wrecked off the Gambian coast. While the maximum capacity is said to be 536 seats, more than 1800 passengers die.

In August 1990, Saddam Hussein’s Iraq began a seven-month occupation of Kuwait as part of the war between the two countries.

#11 US Congress authorizes war in Iraq

Congress passes a resolution authorizing the war in Iraq. This began in March 2003 and served as a “pre-emptive” war, with the United States claiming the country was hiding nuclear weapons.

A year earlier, Afghanistan had been attacked by the United States as part of the war on terrorism that began after the September 11, 2001 attacks.

912 spectators were taken hostage in October 2002 in a Moscow theater by about forty Chechen terrorists. Russian forces eventually attacked. The terrorists are eliminated, but 128 hostages are killed.

#16 The Minikeums show is giving up the ghost

The show is aimed at young people and features puppets. In late 2017, the show returns with iconic characters and other news.

The regulation “End of life on request and assisted suicide” comes into force on April 1st.

The Williams sisters’ rivalry is one of the most famous in tennis history, but it wasn’t until 2002 that Serena really took the lead. Rolland Garros is the second Grand Slam tournament she has won and meets Venus in the final.

#20 The coronavirus is being talked about for the first time

Happy Birthday! In 2002, Sars-CoV appeared in China. At that time, the epidemic lasted two years, but its scale was much smaller than what we know today, although almost 800 deaths were counted.

And if you’re curious, discover these films celebrating their 20th anniversary this year!