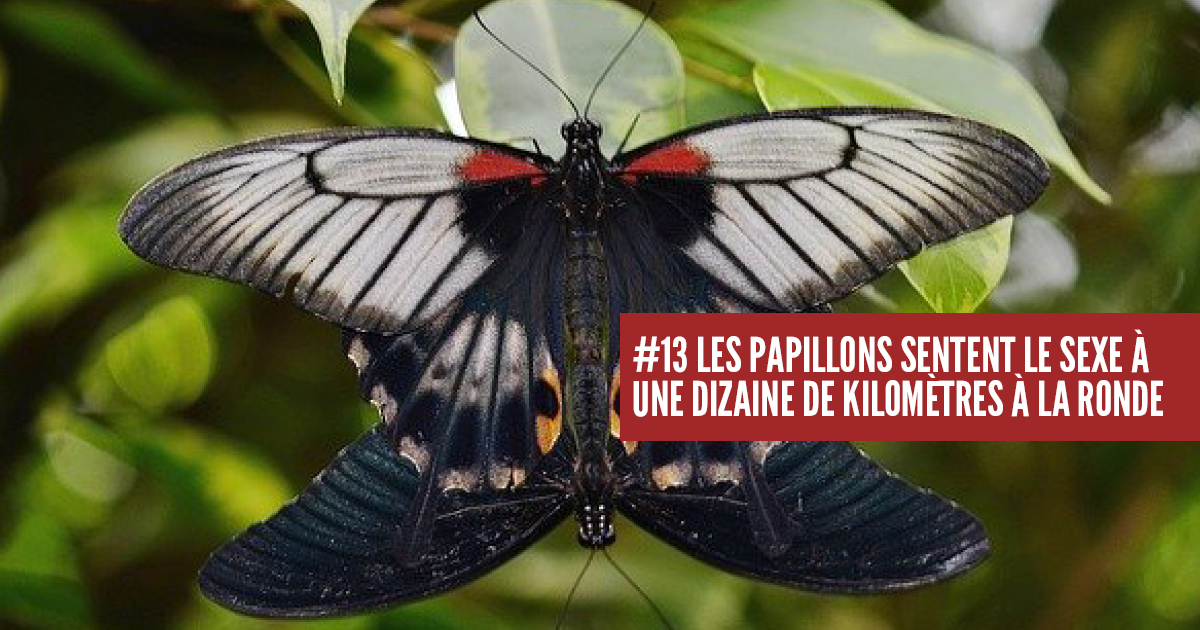 Have you ever dared imagine two copulating insects? The answer is certainly no. These strange beings scare more than one person even in normal times. However, our insect friends have much richer and more unbridled sex lives than ours. But as fascinating as it may seem, believe me, it doesn’t speak to you at all …

Note that, in order to provide you with substantial content, we are talking about arthropods in general – that is, the insect, arachnid, crustacean, or even millipede family – and not just insects in the strictest sense.

Nature is a ruthless place. Only primary instinct and brutality prevail, leaving little room for love and romance. All of this is fully perceptible through the insects’ sexual practices, and in many respects it is very questionable. We therefore let you judge for yourself with these 15 anecdotes that we have double-checked for you.

1) Beach earwig has a substitute attribute

While females of the beach earwig family only have one vagina, males have two penises. The left limb functions as a substitute attribute when the right limb becomes detached during sexual intercourse.

At first glance, isopods don’t seem like a major threat. In the real world, however, these creatures can be much more cruel than they appear. Among other things, woodlice males grab their newborns in order to fertilize them as soon as they come out of the egg. This would aim to ensure that no other man precedes them in this task …

3) Bedbugs sting themselves during the act

Bed bugs have an unorthodox way of reproducing. During the act, the male pierces the female’s back in order to inseminate her. And that’s not all … Because during the maneuver, the insect spreads a whole series of pathogens, which then give the female little chance of surviving the mating.

As with many other species, the males Latrodectus pallidus risk their lives with each mating. For this reason, and because they know very well that they will be devoured by their lover after the act, the male spiders of this family have gotten into the habit of breaking the pedipalp (the second pair of appendages in which sperm is stored) in order to to be sure that the female is successfully impregnated before she dies.

5) Mayflies breed in a hurry

In larval form, mayflies can live to be ten years old. As soon as an insect of this species reaches its true shape, however, it only has a few days to live … In the rush, the males mate with the females in full wedding flight. Most of the time the ceremony takes the form of a giant swarm in which the males are all insane.

6) Flies attract themselves through vomit

Some male flies use rather questionable methods to find a mate. In fact, they do not hesitate to vomit in order to feed the female and then fertilize her freely.

7) Stick insects are experts in the long run

Stick insects aren’t exactly known for their sexual exploits. Yet they are the authority in the discipline. To prevent male competitors from stealing their female companions, stick insects ensure that mating lasts as long as possible. This can result in omitted scenes with a length of … 79 days!

8) The Nephiles: Spiders Who Love Bondage

As you now know, female spiders like to feed on their lover after the act. Then, to have a chance of surviving the mating, the Nephila developed their own technique. During intercourse, the male uses silk thread to hope for a chance to get out at the very end.

9) Drosophila: From the fly to the giant spermatozoa

“Fruit flies” hold a strange record. In the animal kingdom, this species is known for its huge sperm. For example, a Drosophila bifurca can produce sperm that are more than 15 times its own size.

Mating between water spiders can easily become a torture. But over time, the females of this species have learned to defend themselves against the mechanisms of nature. However, they have not yet found a parade for this vile technique of the males.

When the female water spider fights, the males use blackmail. Then they have fun banging their paws on the water to attract predators. Your partners then have no other solution than to submit in the hope of survival.

In any case, the flies are having fun like crazy little girls. After the vomit and the huge sperm, here’s an anecdote about this insect that you certainly don’t have in your heart yet.

Gentlemen, be aware that male flies have genitals that can rotate up to 360 degrees in some species. This is especially useful as the inter-flight sex often takes place in mid-flight.

12) the dire fate of black widows with red backs

Women aren’t the only ones falling prey to their partner’s primary behavior. Male black widows with red backs also have the right to a tragic end. To seduce their lover, these spiders must first court each other for about 2 hours. Then mating finally takes place and ends with the killing of the male eaten by the female spider.

13) Butterflies go crazy for the smell of pheromones

Sex pheromones are hormones released by butterflies that are ready to be fertilized. In order to find a partner, the males then have to smell this smell emanating from their darling for several kilometers. Unfortunately, before they can reach them, they have to fight other males or even dodge predatory spiders that can mimic the smell of pheromones.

Some studies have shown that fire ants sexuality is based on a relationship. That is, the queen chooses the sex of her offspring according to her needs. However, she does not make this decision alone. The females in the colony also have a say and can even rebel.

Roughly speaking, if the queen chooses to lay only males, female red ants can prey on their own brothers. And yes, among the ants are the women who make the law!

15) red spiders and their “love garden”

Spider mites are small mites that colonize gardens. To win the favor of a female, the males of this species build a real love nest out of twigs and seeds. Then it’s up to the females to do all the work. These follow the path that the males took before, and when seduced by the artist’s work, they nest in the seed of the happy.

Be careful, if another male discovers this “love garden” beforehand, he will destroy it and deposit his own seed instead.

Fascinated by the sweet mix of science and sex? Find our article on 8 facts that would make kicking in space complicated!