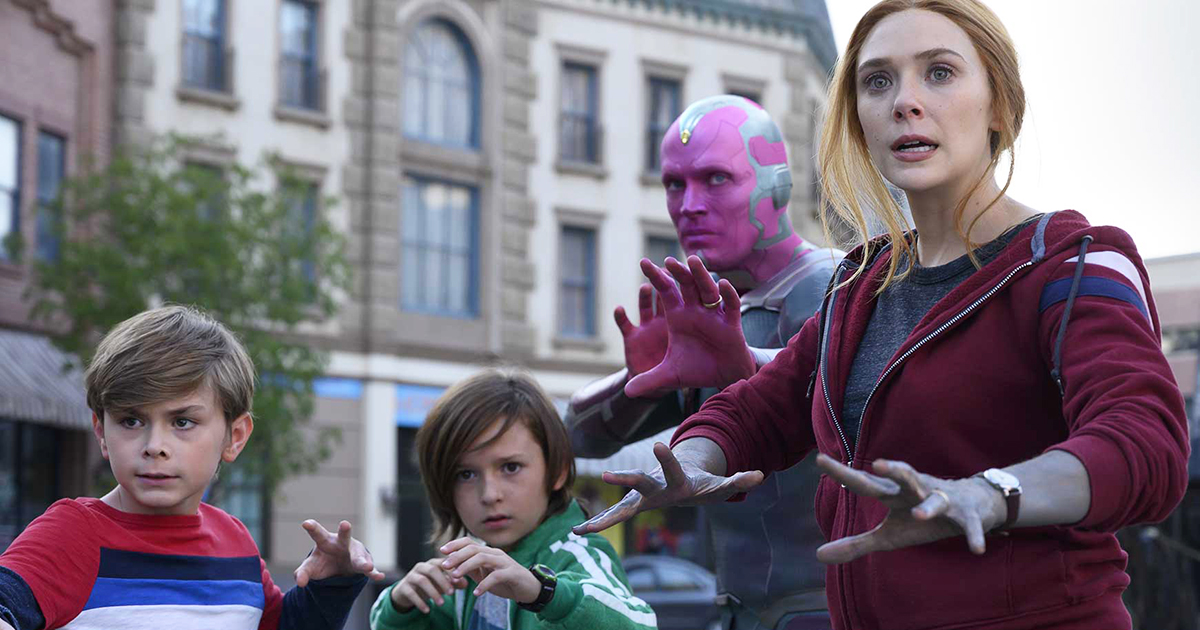 If you’re here, it’s likely because you’ve watched WandaVision Episode 9 and need a recap with some bonus details. At least we hope so, because if you haven’t seen it, you risk indulging yourself badly. We wrap up the episode in 14 things to remember about this grand finale, and let our poll at the end of the article answer you to find out what you thought of the last episode of the series.

In French, episode 9 of WandaVision is called “Le Grand Final”, but in English the name is much more interesting: “The Series Finale”. This is a nod to everyone who has requested a second season of WandaVision and the fact that it will never see the light of day.

2) vision versus white vision which is actually the actual vision

As was to be expected, the White Vision struck both Vision and Wanda. The White Vision (with no memory) tries to kill Wanda and then the vision created by Wanda arises. Wanda then tells him, “Vision is our home, so let’s defend it.” A scene of the fight between the two visions follows. Both must first try to destroy each other so that a dialogue can then take place.

The Darkhold is an integral part of this ninth episode. First owned by Agatha (from Episode 7), it eventually comes into the possession of Wanda. If you want to know more about this book that was created by an evil entity, you can discover our article on the subject.

4) the reference to doctor strange

According to Agatha, Scarlet Witch in Episode 9 is even more powerful than Sorcerer Supreme, the title Doctor Strange. It is possible that this simple phrase from Agatha will lead to an upcoming rivalry between Wanda and Doctor Strange, as many of you in the poll of our previous article believe that Doctor Strange will not necessarily be an ally of Wanda in the next episode. from Doctor Strange, but that instead he will try to argue with her at all costs. With a confrontation at stake?

5) the truth about Dottie …

Dottie was a red herring. Many internet users actually thought that Dottie could help introduce the character of Doctor Strange into WandaVision. According to ancient theories, Dottie could have been Clea, Doctor Strange’s apprentice and friend in the comics. Her real name is Sarah, and like the others, she is a person from Westview who is under Wanda’s control.

6) … and the truth about the false Pietro

We were treated to a scene where the fake Pietro is watching Monica Rambeau. Monica learns of her true identity, which is nothing more than “Ralph Bohner”. The fake Pietro was therefore also a bad lead: he was a simple resident of Westview whom Agatha controlled through the use of a collar that Monica snapped from him. Ralph “Happiness” without a pearl necklace is no longer mercury at all. We can all notice two things in the same way: It is certainly about “Ralph”, the husband that Agnes alludes to, who actually does not exist. But it is also interesting that “boner” in English can sometimes mean an erection or a failure or a failure. It’s likely that the show’s director and writer will give us a little wink to tell us, “You did well”.

Monica crosses the town square to protect Wanda’s sons from Hayward’s bullets (which will definitely stop at nothing) and, thanks to her powers, becomes immaterial for a few moments. The balls pass it and fall directly behind it. We are now sure that Monica now has all the powers she has in the comics.

8) the emergence of seeing out of white seeing

The White Vision claims that it was created to destroy the vision. The vision created by Wanda then claims that it is just a hypothetical vision. The White Vision asks for an explanation after hearing these words. Vision (created by Wanda) tells him the facts, and the White Vision therefore recognizes the paradox: the two androids are not a vision and a vision at the same time. Vision (created by Wanda) then returns all of his memories of White Vision. The white vision has become the “true vision” again. He then escapes through the roof and we won’t hear from him again until the end of the episode. It is therefore likely that he will be present in future episodes. Since he has regained his memory, he will surely try to find Wanda. However, he had no children with Wanda, which could be a problem if Wanda is absolutely determined to find her.

When Agatha tries to convince Wanda to give up her powers and hand them over to her, a crown (the crown of the Scarlet Witch) appears around Wanda’s face. This is a harbinger of Wanda’s omnipotence over Agatha.

Agatha gives a sentence that makes sense in WandaVision:

By drawing a parallel between Wanda and the Hex, Agatha implies that the Westview Bubble is never absorbed or poorly absorbed and will permanently spoil Wanda’s image whatever she does. In the sequence below, Agatha realizes that she has been trapped since Wanda used her technique of creating runes in a room to prevent a witch from using her powers. Now Wanda applied her runes directly to the hex, preventing Agatha from winning. Wanda finally says goodbye to Agnes (Agatha transformed).

This episode marks the appearance of Scarlet Witch in the MCU. We had seen her crown before and her costume is revealed in more detail in the following scenes. This is the costume Wanda wore when she touched the ghost stone (episode 8). This is definitely the costume she will wear in future films.

12) The Truth About Creating Visions

Shortly before the witch comes to take the vision from him a second time, he asks him:

Wanda I know we can’t stay like this, but before we go I need to know. Who am I ?

You, vision. You are the part of the spirit stone that lives in me. A body of connections, flesh and bones that I have created. You are my sadness and my hope. But above all my love.

We finally know the exact process that gave rise to Wanda’s vision. No chaos magic in there.

13) Farewell to family and Monica

Just before she resorbs the hex, Wanda explains and looks at her children:

Guys thank you for choosing me to be your mom.

Vision said (at a moment that moved many viewers):

I was a disembodied voice. A non-human body and now a memory come true. Who knows what will become of me

So vision implies that one way or another he can hope to see Wanda again. After all, we don’t know what happened to White Vision. To say goodbye to Monica, everything is easier. Wanda realizes that not everyone hates her and she runs away in the Scarlet Witch outfit. Wanda also tells him that she doesn’t understand his power, but that it will come. It will surely take full effect in Doctor Strange.

What do you think of this last episode? We’ll let you take our survey to find out!