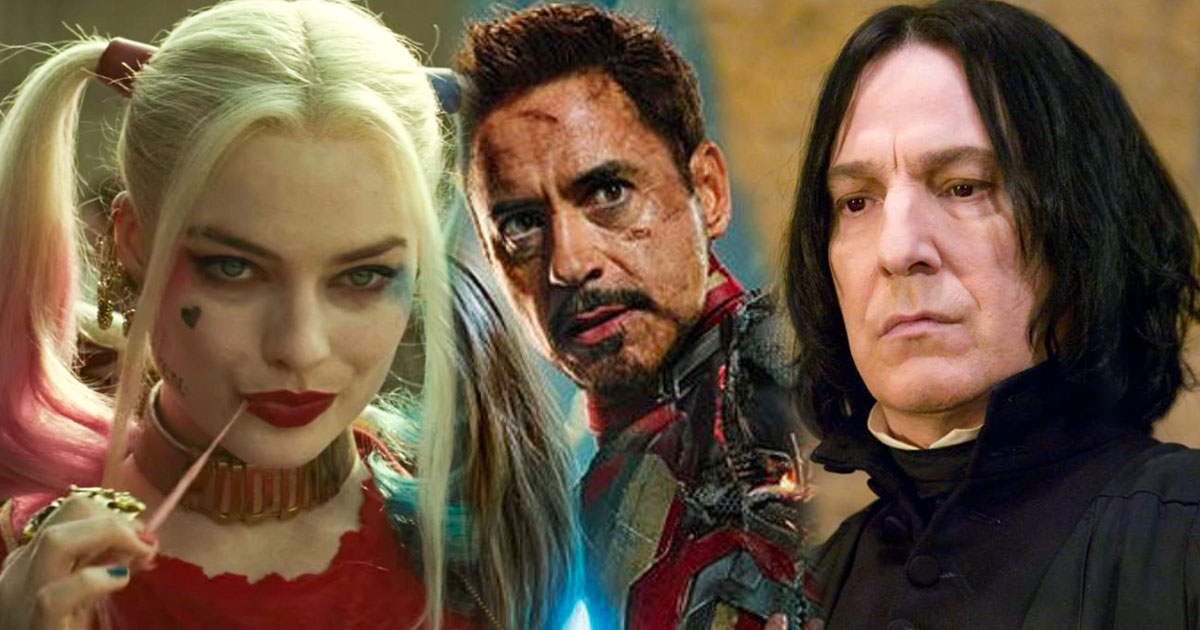 Creating a work of fiction necessarily requires imagination. The creative teams of a project then have to draw on various sources of inspiration in order to model protagonists as charismatic as they are unforgettable.

The characters are essential elements of a story. It is then necessary to distinguish them from one another and find their own specifics. Instead, the creators of fictions no longer hesitate to draw on the real in order to hope to breathe life into their protagonists.

The Joker is arguably the most famous supervillain in the vast universe of superheroes, but he’s really inspired by another character in the movie. In creating The Joker, DC Comics relied on German actor Conrad Veidt as the main character in The Man Who Laughs (1929).

The great Iron Man is also inspired by a real person. It is also Stan Lee himself, the superhero’s creator, who admitted using the image of Howard Hughes to create Tony Stark. Born at the beginning of the 20th century, he is a wealthy businessman who then went to the cinema as a producer.

When we talk about Harley Quinn today, everyone thinks of Margot Robbie, the last actress to play the young woman. Note, however, that it was actually Arleen Sorkin who inspired the character. The actress was a friend of Paul Dini, the creator of Harley Quinn, who imagined the character during a Days of Lives episode in which Arleen Sorkin was dressed as a harlequin.

Famous writer JK Rowling, meanwhile, decided to dig into her memories to create the character of Severus Snape. In fact, the Hogwarts professor is directly inspired by whoever taught the writer himself chemistry. The late man named John Nettleship admitted living very poorly the honor of being the source of inspiration for the character once played by Alan Rickman.

5. Piper (orange is the new black)

The main character of Orange is the New Black, which also existed. The story of Piper Chapman is therefore directly inspired by that of Piper Kerman. She tells her story in a book in which she talks about her 13 months in prison for drug trafficking.

Anyone who has seen an episode of the South Park series knows the terrible Kyle. Note that many of the character traits are inspired by whoever gave it his voice in the original version. The man named Matt Stone is also a co-founder of the series and shares his character with Kyle in addition to his religion.

Indiana Jones is arguably the most famous adventurer in fiction. However, the protagonist gets its lore from a true explorer named Hiram Bingham III. As a professor at Yale University, the man is best known for his discovery of the ruins of Machu Picchu. In Adventurers of the Lost Ark, a nod is directed to him while we can see a model representing the ancient city of Machu Picchu.

The fragile character La Binocle is directly inspired by singer Mark Mothersbaugh. In particular, he is the origin of the credits and music in the Rugrats series.

The Bones series illuminates the adventures of a forensic anthropologist. The character of Temperance Brennan, played by Emily Deschanel, isn’t entirely fictional. Indeed, the young woman’s life is inspired by a true forensic anthropologist named Kathy Reichs, whose novels served as the basis for the series.

10.Lily and Marshall (How I Met Your Mother)

How I met your mother has a number of characters that are more lovable than the others. However, when we talk about a couple, it comes to mind straight away, and it’s obviously Lily and Marshall’s. Their cheeky duo is based on the couple that Craig Thomas, one of the show’s creators, and his wife founded. This latter Rebecca would have initially refused to be the source of inspiration for the character of Lily before she finally learned that it is Alyson Hannigan who would play the role.

In Game of Thrones, Walder Frey is considered an unreliable protagonist and is familiar with treason. Oddly enough, this is also the case with Ralph Neville, a 14th century lord. The historical figure, fleeting in his alliances, would have greatly inspired the role of David Bradley.

In Scandal, Olivia Pope is a crisis management consultant. She then shares the same job as Judy Smith. Like Kerry Washington on the show, this communications specialist works with politicians and other public figures to restore their image. In terms of fiction, though, Judy Smith made it clear that her daily life was much less hectic than that of Mrs. Pope and that fortunately she never had to cover up a murder.

The Peaky Blinders series refers to a gang that really cut their teeth on the Birmingham side. However, if this is real, it is not the protagonists who are just fictions. Well, except for one gangster, Billy Kimber existed. In the first few seasons of the series, he mainly appears as an antagonist.

“Your Honor”: Bryan Cranston is back as a protagonist on a series

Today’s free RPG will make you a real magician

The best game of the year receives almost all awards