12 Hollywood Myths Versus The Harsh Reality Of Life 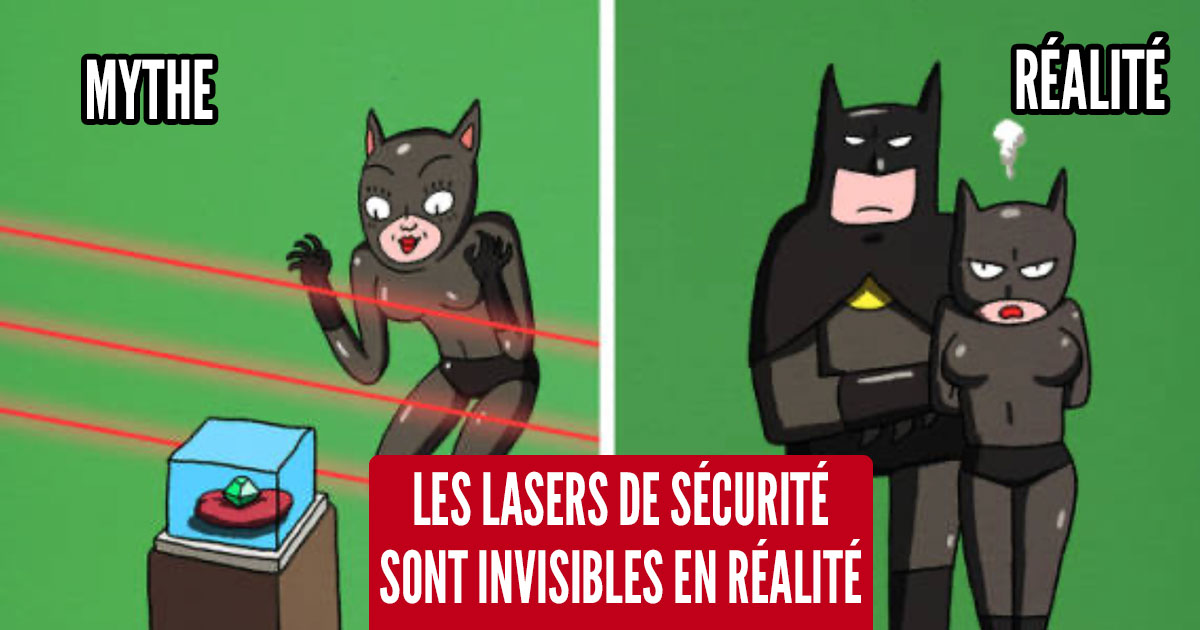 As you know, cinema always wants to impress us, especially American cinema. Unfortunately, many things presented to you on the big screen either don’t exist or are impossible in real life. We’d already seen comparisons between the vision of Hollywood in the movies and real life. Today we offer you 12 infographics comparing the myths of Hollywood and the reality of the facts. You will be able to see that the truth is very far from what we can see in our favorite films. Here are 12 Hollywood Myths Compared to the Harsh Reality of Life.

When a security camera image is zoomed in, you can see that people’s heads / actual security cameras are low resolution. When we enlarge an image, it becomes pixelated.

3) Myth versus Reality: the explosion of a bomb

Piranhas can devour a human body in seconds / in reality piranhas are shy and cautious fish. There are no documented cases of people who have died as a result of a piranha attack.

A person can easily disappear into quicksand / in reality it is quite dense so that a human or animal cannot sink into it.

6) Myth versus Reality: Shots of Adrenaline

A person can sink completely in lava / in reality the lava is too dense and impossible to drown in it, but you can get stuck.

8) Myth versus Reality: Holes in an airplane

If there is a hole in the aircraft cabin, everyone is sucked out / in reality the air pressure between the cabin and the atmosphere is stabilized within seconds, that’s just fine, makes a lot of noise in the cabin.

An asteroid can reach and destroy the earth at any time. In reality, astronomers are aware of all of the large asteroids that will approach our planet in the next 100 years.

If there is a ramp on the road, the car will fly away and land quietly / in reality, after such a jump, the suspensions would be damaged or the car could tip over.

In banks and museums, expensive goods are protected by clearly visible lasers / in reality there are laser security systems, but the rays are invisible.

12) Myth versus Reality: Take a bullet

A person falls as soon as a bullet hits them / in reality, if the vital organs are not affected, the person can walk at least 4 meters.

To prolong the pleasure, we invite you to discover or rediscover 6 myths that are completely wrong in real life.