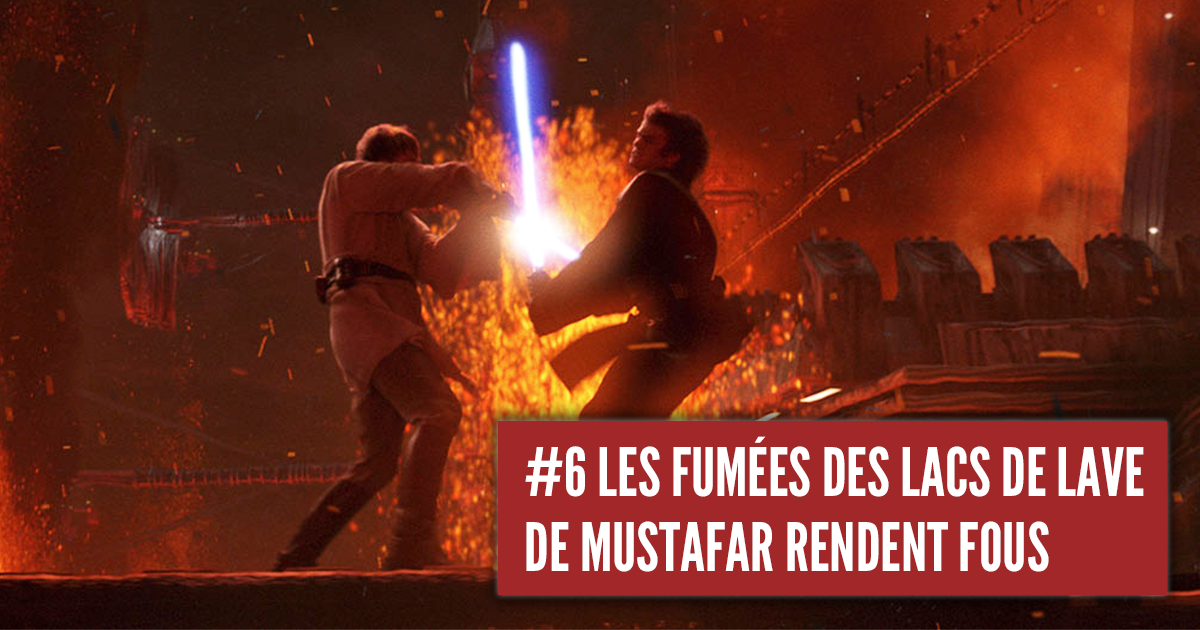 In some documents about the Star Wars expanded universe, we learn that there would be hundreds of thousands of planets that would be part of the Galactic Republic. It would therefore be almost impossible to write a complete guide to the Star Wars planets. But luckily for us, the current productions are mostly focused on about five major planets. And on our site we have several details about these famous planets that we can share with you.

The Geonosians are known for their skills in robotics, which is why the Separatists chose their world to create their vast army of droids. This is also why Geonosis is an important element in Attack of the Clones, as it serves as the battlefield for the first battle of the clone wars.

After first contact with the Republic, the people of Geonosis quickly acquired skills in crafting technology. However, the extreme distance between them and the capital worlds made exporting their products expensive. The economy suffered for years. Fortunately, the Separatists had an important assignment for them.

The planet Naboo is divided into the humans who live on the surface and the Gungans who live in the ocean below. Seems like a fair trade for all considering Naboo is completely hollow and filled with water meaning the Gungans have plenty of room to spread out. Unfortunately, most of the core is uninhabitable for Gungans, as the planet’s giant sea creatures have chosen to live there.

The Gungans have developed technology suitable for travel through the networks of caves and tunnels, but even the bravest explorers have yet to delve into the deep bowels of the planet, infested with sea monsters, each more dangerous than the last .

Yavin 4 was one of the moons orbiting the gas giant Yavin in the Gordian Expanse. The Massassi race lived there and they built huge temples like the Great Temple there. This moon is completely covered in jungle, making it an ideal location for the Rebel base in A New Hope, as all Rebels use these ancient temples as their base.

If the Massassi didn’t survive until A New Hope, it’s because they were all enslaved and eventually killed by the Sith.

Tatooine is the home of Luke Skywalker and the first planet visited in Star Wars. Because of this, despite being hated by Anakin and Luke, she holds a special place in the hearts of fans everywhere. It’s a place full of criminals, but also full of silly characters and intrigue.

Tatooine is also known as the home of the Hutts, and they have also influenced the culture of the planet. For example, the biggest annual celebration on Tattoine is the Boonta Eve Classic (famous race Anakin races in Episode I), which celebrates the life of a Hutt (Boonta Hestilic Shad’ruu) who rose to the rank of god after winning many battles won and after showing impressive leadership.

While trying to figure out who is trying to eliminate Princess Amidala, Obi-Wan Kenobi discovers a mysterious world called Kamino. It turns out that the Kaminoans are masters of genetic engineering and have been hired by a Jedi to create a clone army for the Republic.

The Kaminoans weren’t hidden from the galaxy by accident. They are isolationists who decided it would be easier to solve the problems themselves than to wait for the Galactic Republic’s help. After a massive flood that changed their world forever, the Kaminoans learned to alter their genetic code to survive.

Mustafar is famous for being the scene of Anakin Skywalker’s duel with his former master, Obi-Wan Kenobi. However, its surface consists of 35% lava. And if Anakin seemed a little crazier than usual during his battle with Mustafar, it might not be solely because of his wife’s betrayal. In fact, the fumes emanating from Mustafar’s lava are known to drive people insane and cause them to feel unusual fears and doubts.

While the original Star Wars trilogy focused primarily on the outer fringes of the Star Wars universe, the prequel trilogy focused on the core worlds. And among these worlds we can mention Coruscant, the capital of the Republic and seat of the Jedi Temple.

Coruscant is a city built upon a city. In reality, all of Coruscant is covered with a massive city called the Galactic City. In order to build Galactic City, Coruscant’s natural parts had to be completely obliterated. Due to urban sprawl, not a single mountain or ocean is left on the planet: the entire planet has been urbanized.

8) Mandalore has developed a toxic atmosphere after years of fighting

It turns out that a warrior race is not very good for the planet that race is at war on. After years of fighting, Mandalore has become virtually uninhabitable. Because of this, the Mandalorians still on the planet are forced to live in domed cities that protect them from their harsh environment.

9) Most religions in the galaxy consider Jedha a sacred place

A moon appearing in Rogue One, Jedha is a mid-rim desert moon found in the Jedha system that has been plunged into a frigid climate due to an ongoing winter.

Jedha has a strong connection to the Force. This is partly due to his large stash of kyber crystals, which the Jedi use to power their lightsabers. This makes it an important site not only for believers making pilgrimages to the “Holy Land”, but also for militaristic forces such as the Imperial Army.

10) Crait was one of the early centers of the rebellion

Crait is a salt-covered planet used by the Resistance to confront the First Order in The Last Jedi. But as it turns out, this isn’t the first time the rebels have used this location.

Crait is an uninhabited world, making it perfect for anti-Empire encounters. In fact, Bail Organa held some of the very first Rebel meetings on Crait, even before there was an official Rebel alliance. However, Leia was not told these facts and she traveled to Crait after deciding to investigate the attack on an Empire space station (led by the Rebels). On Crait, therefore, Leia officially joined her father and his very young Rebel Alliance.

In The Rise of Skywalker we learn that Emperor Palpatine is still alive. Although believed to have been killed in Return of the Jedi, the Dark Lord of the Sith was actually on the planet Exegol.

12) the inhabitants of bespin live above their planet

In The Empire Strikes Back, Leia, Han, and Chewbacca travel to Cloud City to seek help from an old friend. Cloud City is a city that hovers over the planet Bespin, but turns out Bespin isn’t exactly the kind of planet you can descend on. Bespin is a gas giant, meaning it has no surface at all.

Bespin’s sole inhabitants live in a thin section of the atmosphere, in vast, floating cities. These cities are primarily mining cities and mine the rare Tibanna gas from the planet below.

And if you want to know what The Book of Boba Fett bug Star Wars fans are currently reacting to, you can check out our previous article on the subject.