12 Details You Missed About Class 1-A Characters 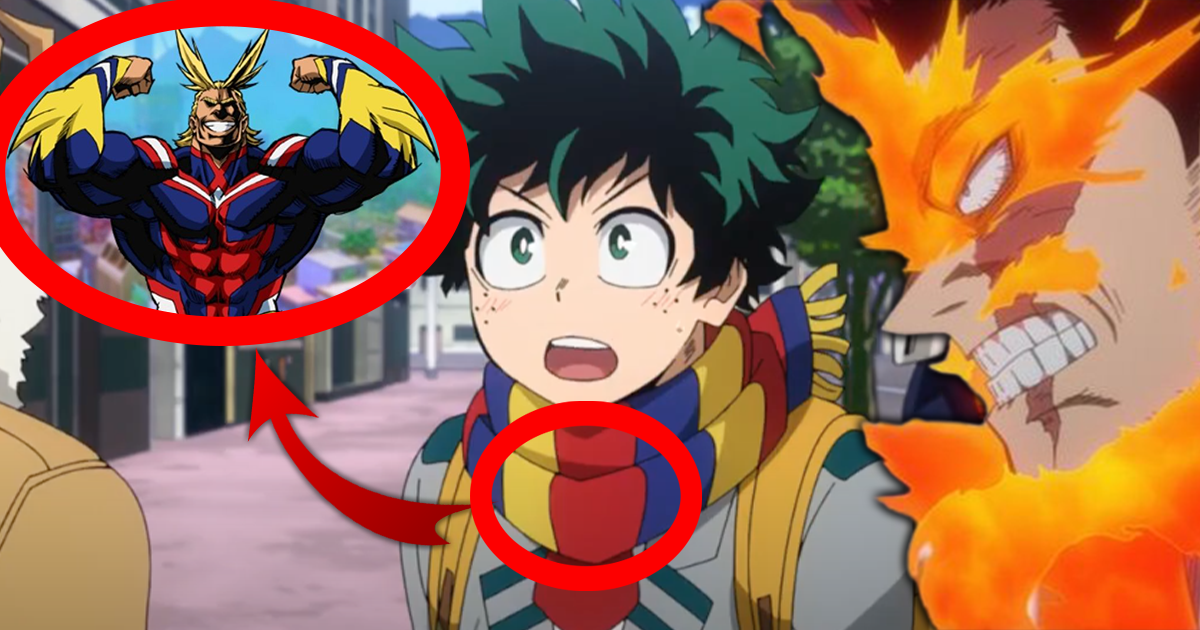 If you’re a fan of MHA, chances are you’ve read the manga long, wide, and across and followed the various seasons of the anime that have already been released with great tenacity. However, we suggest you come back to 12 small details you may have missed in the work.

Ochaco always raises a finger when she’s holding something, wanting to avoid levitating it.

2) Denki could have killed the whole class

In this scene from the manga, the class congratulates themselves that Denki didn’t have to sneeze, otherwise it would have been the end of the group who would have been completely electrocuted.

3) a reference to Midoriya and Bakugo’s childhood

In MHA Season 5 ending 1 found above, at 0:47 we observe packets of Endeavor and All Might colored chips. This is a reference to Deku and Bakugo’s friendship, both of whom would go to the store on Saturdays to pick up these packets of chips in their favorite hero’s colors and eat them together.

4) Ochaco’s character design sometimes has Kirby’s gestures, a little hint slipped in there (not by accident)

6) ochaco had incredible potential right from the start

Ochaco had a difficult childhood and wanted to go to the best school in the country to earn money and not see his family suffer anymore. Let’s also not forget that Ochaco came third in an entrance exam that required more than 10,000 children to take part (only 1 child out of 300 is admitted, so for every 36 children who passed the entrance exam, 299 failed). place among all participants. 3/10,000 is pretty impressive.

7) Deku wears an almighty scarf when he interns at Endeavor

History to put the dots on the i.

8) bakugo’s character development is evident in his walk

Some fans until recently criticized the “lack of development” of the character of Bakugo, but just to see his approach, we know the character has evolved a lot, very much.

9) Students were inspired for their disguises

Apparently, some fans didn’t realize that all of the UA students’ costumes in this anime sequence matched the costumes and attitudes of their teachers and mentors.

10) Shoto Todoroki’s character is a reference to Zuko

Although it was never officially confirmed, mangaka Kohei Horikoshi was inspired by another famous pop culture firebender, namely Prince Zuko in Avatar: The Last Airbender to create Todoroki. The comparison is hard to miss. Both characters are sons of an abusive and violent father, both have burns to their left eyes received from their parents, and both wield fire (although not the Shoto’s only power).

Jack Midoriya, a friendly retailer specializing in hero memorabilia, is excited to fulfill his dream of one day becoming a hero like his idols. The character appeared in the 2008 one-shot My Hero Academia called My Hero that appeared in the winter 2008 issue of Akamaru Jump and was of course created by Kohei Horikoshi. It was also released in Shonen Jump+ on August 13, 2018. As you know, Jack later becomes Deku, a schoolboy who still dreams of becoming a hero. These are changes made by the mangaka to give the work we know today.

All Class 1-A students fall into the same age group, but Bakugo’s birthday on April 20 makes him the oldest character in his class at just over a month old. Mashirao Ojiro, the second oldest student, was born on May 28th. This means that Katsuki was already 16 years old when he entered high school at the university, while everyone else was still 15 years old.

And if you want to know our opinion on My Hero Academia: World Heroes’ Mission movie, you can find it in our previous review.