The Courier
HomeTechnology10 video games that deserve a movie
Technology

10 video games that deserve a movie 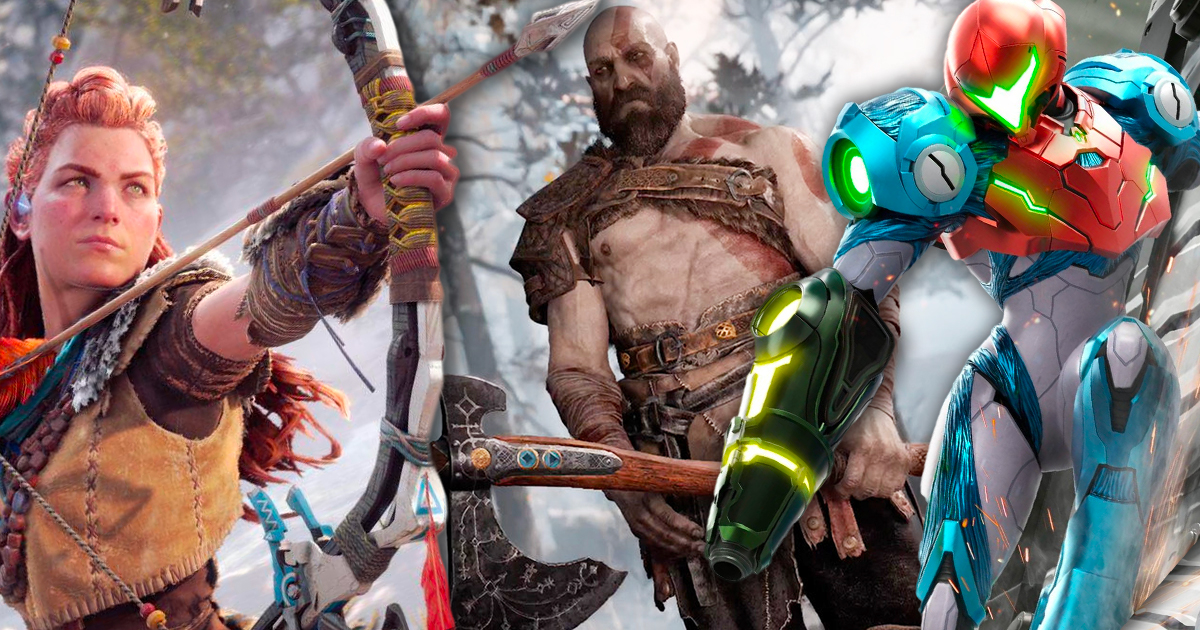 We’ll give you credit, Hollywood hasn’t just found success with our favorite video game licenses. However, movies like Detective Pikachu or Sonic have proven that you can’t stop trying. There are so many video games with never-before-explored worlds, lovable characters, and incredible twists and turns that haven’t received a film adaptation. Here is a list of 10 video games that deserve to be adapted for cinema.

Horizon Zero Dawn has been so successful in marking its world that the title will soon be rewarded with a sequel. But what about a possible film project? Fans would love to see that come to fruition as the game’s universe lends itself to being filmed.

There are many rumors circulating about it. However, nothing is official yet. What a treat it would be to explore Aloy’s story a little more, which would take us to the four corners of a unique world to discover the game’s highly advanced mechanical fauna.

#2 The Legend of Zelda

Breath of the Wild had absolutely everything to please Adventure and Link fans. However, fans would not spit on a successful adaptation in the feature film.

Compared to some other Nintendo hits, The Legend of Zelda manages to combine its popularity with a catchy enough universe to appeal to young and old alike. Hyrule and its incredible dungeons would look great in an animated film.

Blizzard has already considered turning Overwatch into animated shorts. Still, it would be feasible to go a little further with the lore of this popular license.

With a feature film it should be possible to develop the story and character of the key characters of Soldier 76, Tracer, Ange or even D.Va who are at the heart of the universe. We could even consider Avengers-style movies starring the heroes of Overwatch.

The Wolfenstein License invites you to discover an unchronic world where the Nazis won World War II. You play as William “BJ” Blazkowicz, a soldier tasked with overthrowing the regime alongside the resistance.

How come a film like this hasn’t seen the light of day yet? Wolfenstein would lend itself perfectly to the uninhibited action genre, with all its explosions, brutal deaths and a bunch of goofy characters.

Hollow Knight was originally a small indie game developed by several enthusiasts. But the title eventually became a real hit, spawning a dark universe and a major contender on the independent scene.

The game’s plot revolves around a small insect-like knight who enters the depths of a kingdom to fight evil beings. Visually, the game could take a cue from Tim Burton to bring his chilling creatures to life in a feature film.

More than any other game, Red Dead Redemption would be ready to be made into a film. Following the film genre, it wouldn’t take much to turn the game into an inspirational Western.

With its well-crafted plot and gallery of interesting characters, Red Dead Redemption could bring the Western genre back into vogue. The opportunity is far too good for no adaptation to see the light of day…

Metroid is another Nintendo franchise just waiting to be made into a movie. The sci-fi series follows a bounty hunter named Samus as he fights aliens to save the galaxy.

By mixing the spirit of sagas with badass female characters, Metroid would blast the screen. Samus could then become as iconic a heroine in the eyes of film fans as a certain Lara Croft.

God of War (2018) breathed new life into the franchise with its storyline based on its father-son duo. This episode was an opportunity to explore and revisit Norse mythology, interspersed with huge action sequences.

Despite the license’s longevity, there’s never really been an attempt to tell the story of Kratos in a truly different way. It’s a shame when you know that the story would be perfect with all its twists and turns.

Dishonored is a franchise of novels, comics and several action games developed by the French company Arkane Studios. The series is set in a steampunk universe in which the player embodies a bodyguard accused of murdering the empress he was sent to protect.

Dishonored never made it to the big screen. The license has everything of a blockbuster. Between the hero’s supernatural powers, beautiful artistic direction, and exciting universe, Dishonored could be just as addictive in video games as it is on film. Especially since it would be possible to produce several episodes around this universe…

Seeing the release of a The Elder Scrolls movie would be a dream come true for many fans of the fantasy world. A true master of the genre, the license has managed to win the hearts of millions of players over the years.

The mythology of The Elder Scrolls is so rich that it could make life difficult for screenwriters. However, if they managed to understand the mysteries of this universe, there could be a series of films in the tradition of the saga “The Lord of the Rings”.

And what are the video games you most expect to be made into a movie? Let us know in the comments. While waiting to hear from you, discover this cult franchise that Ubisoft has decided to relaunch.