The Courier
HomeWorld10 things to remember from the first two episodes of the Marvel...
World 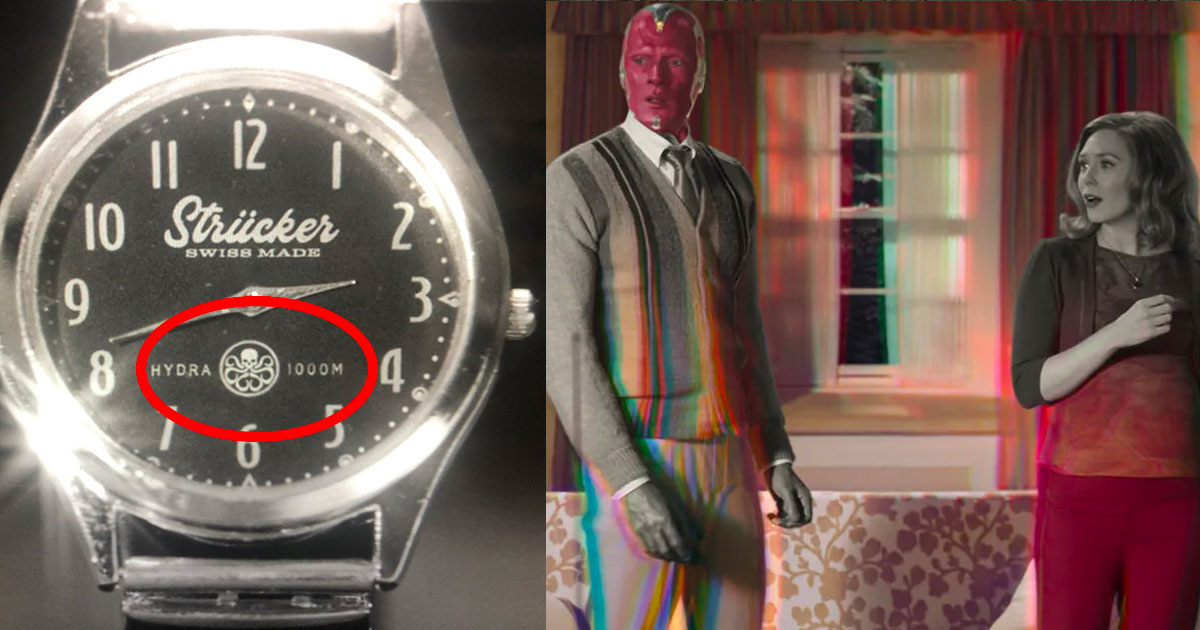 After a few months of waiting, the very first Marvel Studios series is finally available for Disney +. Starting this morning, you can discover the adventures of Wanda and Vision in WandaVision. Though very mysterious, there were things that could be taken away from the first two episodes. Please note that the remainder of this article contains spoilers regarding the plot of WandaVision. If you haven’t seen the series yet, it’s time to run away.

The WandaVision series was heralded as a UFO in the Marvel Universe. After watching the first two episodes, we can tell ourselves that this is the case. The beginning of the series was filmed like a sitcom from the 60s and offered us a lot of humor and a lot of secrets. Together we decipher 10 things that we need to remember.

The first thing that strikes us at the start of the series is the supposed inspiration from My Beloved Witch. As with Samantha in the original series, Wanda and Vision have to hide their true nature and powers from those around them. The credits in episode 2 also have the same graphic style as the famous series.

Right in the middle of the first episode, there’s a toaster ad from Stark Industries. An obvious nod to Howard and Tony Stark’s business. The other thing to remember is that in the comics, Wanda mocks Vision by telling him he’s just a toaster that can talk. A double wink that is not trivial if Wanda is indeed stuck in an alternate reality as suggested for the moment. You can imagine that she remembers Stark Industries because one of her missiles killed her parents.

The first color that appears in the series is the red light that flashes on the toaster. In some shots of the first two episodes, red will dominate again. A reference to Wanda, who is also called the Scarlet Witch or the symbol of the real world? We’ll have to wait for the next few episodes to find out.

Other clues from the first episode make us think Wanda is stuck in an alternate reality, especially when Vision’s boss’s wife is annoying like she’s just a computer simulation. Some believe Wanda might get stuck in a machine like the one Tony Stark uses to see his parents in Captain America: Civil War, the same technology that Mysterio uses in Spider-Man: Far From Home.

5) a person in the shade

Our doubts are confirmed in the final moments of the first episode when we discover that someone in our day is watching the WandaVision series on a screen. At the moment we’ve only seen hands and we don’t know the identity of the voyeur, but everything indicates that he works for the SWORD (Sentient Weapon Observation and Response Department). Indeed, the logo of this secret organization appears on the left screen and on the notebook. Wanda is being watched, but does this shadow figure mean good or bad to her? Rumor has it that the mysterious neighbor helping Wanda could be this character. We’ll have to wait a little longer to get the answer.

A new advertisement appears in the middle of the second episode. After a toaster, this time we have the right to advertise a Strücker watch. This name means nothing to you? Yes, it is a reference to Baron von Strücker who held Wanda and her brother prisoner in Avengers: Age of Ultron. When the camera zooms in on the clock, we can also see the logo of HYDRA, the Nazi organization that Captain America is fighting against. Imagine again that Wanda is not aware that she is living in an alternate reality, but that she is remembering elements of her life, like with the Stark Industries toaster. The advertisement would actually be his memory.

Another clue that leads us to believe that Wanda lives in an alternate reality is the presence of the character named Geraldine. If she were introduced to us by that name, it would really be Monica Rambeau, daughter of Maria Rambeau, Captain Marvel’s friend. She was a little girl at the time of the events of Captain Marvel and is now an adult. She could also work for SWORD.

As with the mistakes made by the vision boss’s wife in the first episode, Wanda panics when she hears a distant voice speaking to her on a radio. At that moment Dottie breaks a glass and blood appears with only the red color coming out. One can imagine that this is further proof that Wanda is on her mind and that the voice calling her has brought her back to reality for a few moments.

At the beginning of Episode 2, the two heroes are scared when they hear a strange noise outside. Then they find out that only a branch bangs with the wind against the window of their room. In the final minutes of the episode, the same sound returns and the two heroes come out of the house to make sure it’s still the tree, but a beekeeper comes out of the sewer. This has the SWORD logo on the back. When Wanda sees the character she says “No”, everything rewinds and we find the two heroes in their living room. This could indicate that Wanda does not want to deal with reality and the death of vision.

After being in black and white in the two episodes, our two heroes come back to life at the end of the second episode. Fans will have noticed that when Vision loses his life in Avengers: Infinity War, he loses all of his colors to go black and white. In the series, the two heroes come back to life when Wanda rewinds and asks Vision if this is all real. We can therefore imagine the colors returning because Wanda is convinced that Vision is still alive.

So much for those 10 little details in these first two episodes of WandaVision. See you next Friday for the rest and the new details to remember.