The Courier
HomeTechnology10 Pokémon that died in the cartoon
Technology

10 Pokémon that died in the cartoon 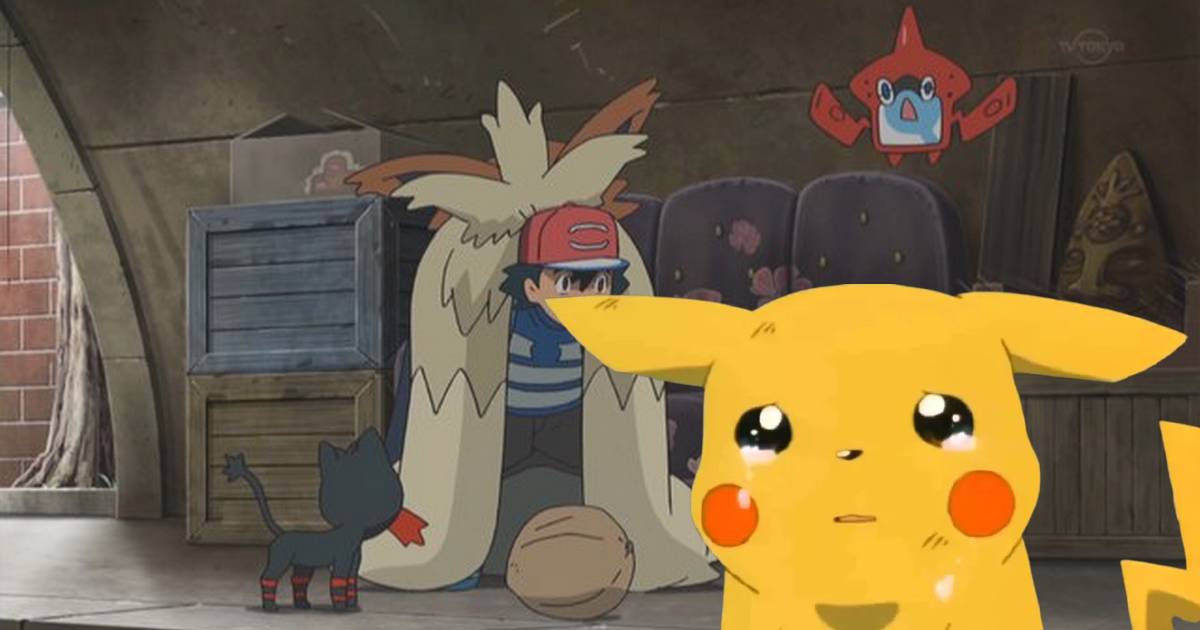 Pokémon is a series that rocked our childhoods and will continue to rock our children. The cartoon left its mark on more than a generation, thanks in particular to the cult credits that everyone knows today. But the cartoons and animated films have also shown us that Pokémon isn’t just about fighting with joy and good cheer. Death is also present and many remember with emotion these passages where many Pokémon left us. I promise we won’t talk about Sachas.

#1 The clones of the 1st movie

And speaking of the first movie, we might as well do that now by talking about what happens in the prologue to Pokémon the Movie: Mewtwo Strikes Back, which was released in 1999. In this we learn that Mewtwo along with three Pokémon (the first three starters) and a little girl named Amber were cloned by Team Rocket. However, a clone’s life is limited, and clones’ bodies gradually degrade. Since Mewtwo was the only experiment that worked, he will be doomed to be the only one who survives. And all of that was supposed to happen in the first 20 minutes of the first Pokémon film. Very, very creepy.

In the movie Pokémon: I Choose You! one of the main characters, Sorrel, has a Luxray as a companion. When they get lost in an extremely violent snowstorm, Luxray uses her body to protect Sorrel from the cold and keep him warm. The next day, its master learns that the Pokémon died from cold. This incident will stop him from believing in the friendship between species and will be the focus of the film.

Staying on the movie side, let’s take a look at Pokémon: The Power Is Within Us. One of the main characters, Harriet, is an elderly woman who doesn’t like Pokémon at all. The plot will reveal a flashback to 50 years ago when her snubbull died in a fire when she was young. Her rejection of Pokémon came from her self-blame for failing to save her companion from the flames.

Many have criticized the anime release of Pokémon Sun and Moon, and have criticized the characters’ chara design. But after several seasons we noticed that he brought a breath of fresh air to the license. Until we discover a very old Mastouffe. The latter lives on the street with the Flamiaou, who will accompany Sacha next. The latter does everything to support him as best he can. Until episode 21 comes. Mastouffe will breathe his last when he leaves in order not to show his death to Flamiaou. Touch.

In the fifth Pokémon Heroes film, we’re interested in a plot centered around Generation 3’s most frustrating legends: Latios and Latias. The second has a soul rope used to protect a city from a gigantic tidal wave. Once broken, Latios will sacrifice himself to save all residents from the tumult of the waves. This film is important because it is one of the first official on-screen deaths of a Pokémon that is not undone at the end of the story.

The Diamond and Pearl episodes were among the most interesting in the animated Pokémon saga. In this part we will get to know J, a very powerful Pokémon hunter and antagonist hired to capture the three mythical Pokémon Crehelf, Crefollet and Crefadet in order to awaken Dialga and Palkia. As he completes his mission, an attack hits his vehicle, which crashes into the lake, killing him and his entire team of a Drattak, a Drascore, and a Migalos.

The latest installment in the XYZ series tells the story of Jan, a man from Kalos’ ancient past who attempts to defeat Yveltal to thwart a prophecy. For this, Jan sends his mighty Flambusard into battle, which unfortunately will not prevail. The latter is hit by the Pokémon Destruction’s Deathwing attack. Flambusard turns to stone under the effect of the skill…in the air and falls. The effect isn’t shown, but the Pokémon will never appear again after that.

In one of the Pokémon Sun and Moon storylines called “A Timeless Encounter,” Ash and his Matoufeu find themselves stuck in time because of Celebi. There he will meet a very old, totemic Desséliande, who will give him a powerful Z-Crystal.Back to the present, Sacha returns to the spot and only sees a weed-covered trunk. Additionally, this isn’t the first time the Pokémon License has invoked time travel in the series, as we discussed in this previous article.

James had some of the most touching moments in the Pokémon cartoon. But one of the times our hearts hurt the most was with Eoko. One of his favorite Pokémon. Unfortunately, the Pokemon is very weak and fragile. To the point where he developed a violent fever. In one of the final episodes of Generation 3, James will leave a sick and suffering Eoko with his grandparents and promise to come get him as soon as he gets better. He will never come back.

We deliberately chose Lucario to close this article because this Pokémon dies in the movie Lucario and the Mystery of Mew. A film that will have had the same traumatic effect on those who discovered Pokémon with 4G as it did on those who discovered it with Generation 1. In the film, Mew gets terribly angry and furious after an event that we don’t want to spoil. To heal him, Lucario uses his powerful aura on him, but this will drain all of his life force and cause him to die.

Did you like this selection? Don’t hesitate to tell us, and if Pokémon interests you, you might enjoy the latest Pokémon: Legend Arceus news.