10 must-see animes even if you’ve read the manga 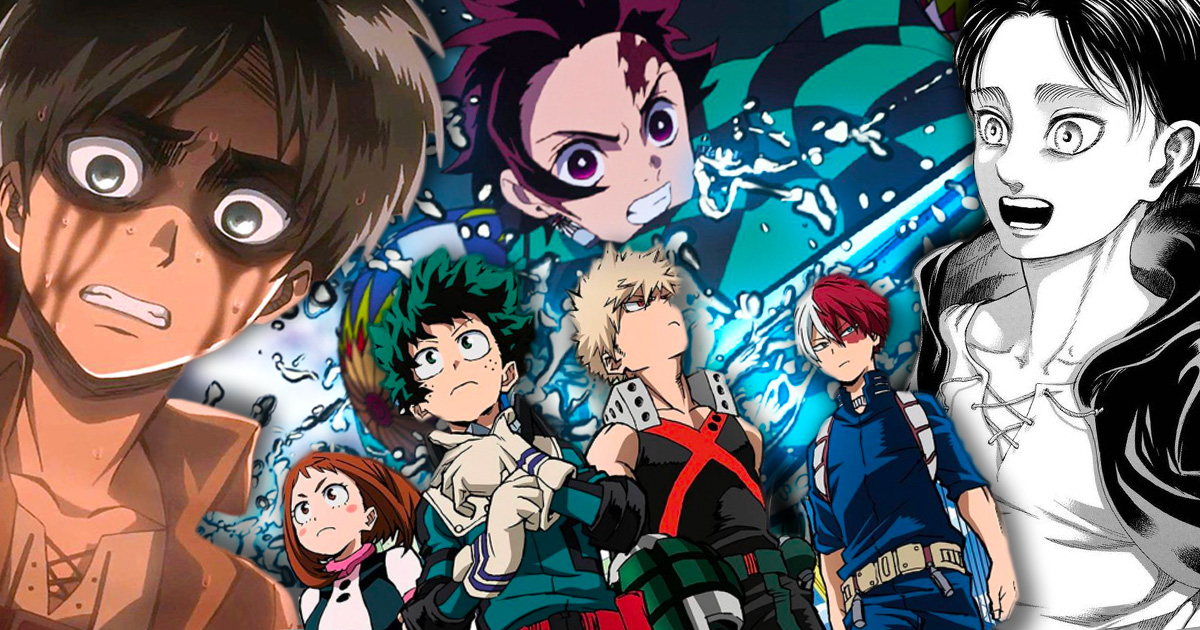 Both manga and anime have grown in popularity in recent years. Some manga have even seen their sales boosted by the release of a successful series adaptation. But what makes a good anime? Should it stay true to the manga? Or does he have to succeed in enlarging the original work? It is difficult to answer these questions. Sometimes an anime struggles to compete with its paper form. However, when it combines an appealing concept, explosive art direction and stunning staging, it can be sure to hit the mark. Yes, there are certain things that are impossible in a manga. That’s why it’s always interesting to watch anime alongside reading the works in print format. So here is a small list of anime that we recommend you watch even if you have already read the manga.

The 2011 anime introduced the manga to a new audience. However, we can’t say that this adaptation is the most successful of all… As with Fullmetal Alchemist, the Hunter x Hunter manga was the subject of a slightly less famous adaptation before finally finding fame.

Although the 1999 series did not adapt all the arcs of the original manga due to the many breaks of its author, it managed to create an incomparable atmosphere thanks to its animations. In addition, the soundtrack and the artistic direction of this work are great. For this reason, we advise you to watch the older version of Hunter x Hunter instead of the 2011 version, even if you have already read the manga.

Demon Slayer has experienced an unexpected surge in popularity, whether it’s in manga or anime. He’s currently one of the giants of the genre, so to speak. Absolutely everyone pulls it off.

There are many reasons that explain Demon Slayer’s success in anime… The first and most undeniable of them all is his implausible artistic direction. It’s one thing to see Slayers slaying demons in black and white pages, but it’s clearly another to witness their struggles, in sequences that are near perfection, with effects and style that are genuinely beautiful.

In another style there is Gintama. Gintama, which has a lot more to offer in the comic than the previously presented series, comes from a manga that has a very good reputation among fans.

However, finding all the humor of this universe in an anime remains a real pleasure. Its excellent voice acting, paired with its well-done animation sequences and comedic passages, will not make you regret watching the anime in addition to reading the manga.

4) Your lie in April

Creating a music manga can be a burden. It does exist, however, as April’s Your Lie proves. Sad and intoxicating at the same time, this little masterpiece transports you to a universe where Mozart and Chopin are kings.

Although Your Lie in April is an excellent manga, it lacked something to make it shine. Finally, with its anime adaptation, we hear the scores played by the protagonists, which contributes to the immersion and greatly increases the emotional charge of this tragic work.

The My Hero Academia manga is excellent in its own right and could very well suffice on its own. Its narrative is compelling and its characters are well written.

However, skipping the anime would be a huge mistake for true MHA fans. The Bones studio adaptation takes the manga’s strongest passages and even manages to sublimate them with a staging worthy of the greatest shonen.

For some, Haikyuu!! is the best sports manga. Imagine Shôyô and his teammates doing even better in their anime version.

It’s a real pleasure to see the characters of Haikyuu!! come alive before our eyes. The series is superbly animated and knows how to create excitement at sporting events. The addition of voice acting allows fans to be drawn into a group dynamic, making the protagonists even more endearing.

Shonen Jump manga are often better than their anime adaptations. In that sense, Yu Yu Hakusho has to be one of the exceptions that proves the rule.

The anime adaptation of this manga expands on the original content of the paper work. It also offers him a more successful ending arc, well above what the manga usually offers as a ending.

It seems that the older a work is, the easier it seems to offer quality anime with it. Why ? Simply because it becomes easier to understand the mangaka’s intentions once his work is complete.

Devilman Crybaby proves that is indeed the case. The anime manages to capture the spirit of the manga beautifully. It even manages to fill in some of its gaps, proving that the original material has been thoroughly studied beforehand.

The idea of ​​offering a manga that mixes cooking and ecchi scenes has captured the hearts of fans. However, this atypical concept seems to be explored even better in the form of anime.

The series adaptation of Food Wars! stays true to the manga. However, it offers him a more interesting rhythm by omitting certain lengths. The anime is more fluid, with particularly well-done transitions between the arcs.

If Attack on Titan has been so successful in the anime, it’s because the adaptation has spared no effort. From an artistic perspective, the TV series wins fan support across the board compared to the paper version.

This enthusiasm for anime can also be explained by the attention to detail. Adaptations often tend to omit some crucial elements of the characters in order to get straight to the point. That’s not the case with SNK, however, whose anime adaptation manages to capture the mood and serious tone of this titan-filled universe.

And you, which anime would you recommend to one of your manga fan friends? Tell us in the comments. We look forward to reading from you! In the meantime, discover in the editorial office the 15 anime that we most await in 2022.