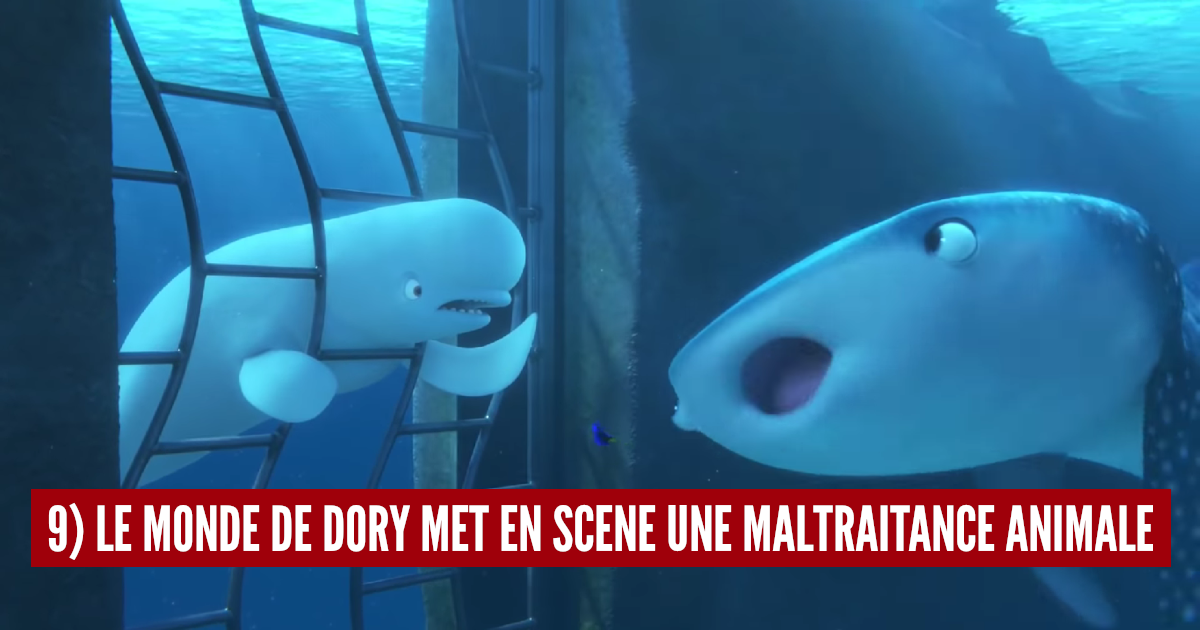 For a long time, cartoons were only for children. Fortunately, many studios strive to show us otherwise and prove that an animated film can be a true masterpiece. How can one not mention Disney but also Pixar in this area? After acquiring its titles of nobility thanks to the first Toy Story, released in 1995, the company has since largely proven itself, multiplying high-quality animated films. But the teams at Pixar Studios aren’t machines, and they can sometimes make small mistakes. We already listed some of them for you a few years ago, let’s do it again today!

#1 A character that can fly in Up

In Up, old Carl Fredricksen manages to make his dream come true by blowing up his house. An impossible situation in itself (the number of balloons, according to scientists, is clearly not enough). But there’s a more subtle flaw that we’ll highlight here: while we see Carl’s house from all angles upon takeoff, we don’t spot young scout Russel at any point. Then how did he end up in the air on the porch?

At the very beginning of Finding Nemo, Marin and his wife are expecting many (many) children. While they are still in their eggs, they obviously have the ability to move according to the requirements of the image section: between two shots they are much closer to their parents. Speaking of Marin, this is a clownfish, a hermaphrodite animal. After the death of his mate, he is said to have become female to ensure the survival of his kind.

Wall-E is a very cute little robot who will have made more than one crack. Alone in the world, he is supposed to take care of piling up the garbage that people leave on earth to clean up something. Perhaps he should then have explained to him that it is uninteresting to pile up the compacted waste in such a way that towers are as high as the original heaps of waste.

#4 A magical stepladder in Ratatouille

Chief Skinner is small but tough: throughout the film he tries to put a spanner in the works for the rodent Rémi. We don’t know if Pixar studios were making fun of his small size, but he seems to be being chased by a magical stepladder anyway, which appears out of nowhere several times throughout the film.

#5 A disappearing window into The Incredibles

Mr. Incredible is strong, very strong. At least muscular. However, this doesn’t explain why between two shots in which we see him talking to the police, the window of his car door disappears without anything being done. Has the Batmobile found a serious competitor?

#6 A handle that changes color in Inside Out

The inexplicable change of clothing or other decorative elements is a classic of animated film. Vice-versa is no exception to the rule when there are multiple color changes between two shots. So take this white frame that turns black from a different angle. This is just one example of many: When the character Riley appears in front of his class at the beginning of the film, his notebook mysteriously changes from blue to beige.

#7 A short lived overhaul in Cars

As he heads to his quiet town of Radiator Springs, Lightning McQueen asks his friends to transform him before the big final race. So here with whitewall wheels and flames on the body. However, once he arrives at the stadium to race, he reverts to his original appearance for no apparent reason.

#8 Journeys That Make No Sense in Monsters Inc.

In the pursuit of monsters and co., the heroes take many doors that transport them to different places in the world: to Nepal and Florida (at night) or to France and Japan (during the day). We’ll leave that to you to verify, but the time zones of these different regions of the world make this scene inconsistent: if it was day in Paris, it should have been dark in Japan at the same time.

#9 Cruelty to Animals in Finding Dory

While searching for her parents, Dory finds herself in a massive Cleveland aquarium where she meets a childhood friend: the whale shark Destiny. In one scene from the film, the two friends speak to Beluga Bailey through a grate. The whale shark and the beluga therefore share the same water. However, it turns out that the first is a tropical aquatic animal, while the second is a cold-water animal. Either the Pixar teams made a mistake, or the aquarium staff are not really competent.

In 1001 Paws, is Tilt’s character trying to chat with a mosquito? He’s obviously a bit tipsy in a bar and calls out for a “Sangria O+”: Blood is like wine for him. Only the mosquito in question is a male, as his voice suggests. However, only the females feed on blood, while the males are content with the nectar of flowers and plants. So Pixar, progressive ahead of its time?

And if you want to discover the flaws in a more recent work, The Book of Boba Fett, here it is!

Share
Facebook
Twitter
Pinterest
WhatsApp
Previous articleThis demonic version of Rick is the darkest and most powerful in the multiverse
Next articlePam & Tommy: The series that tells the true story of Pamela Anderson’s famous sex tape