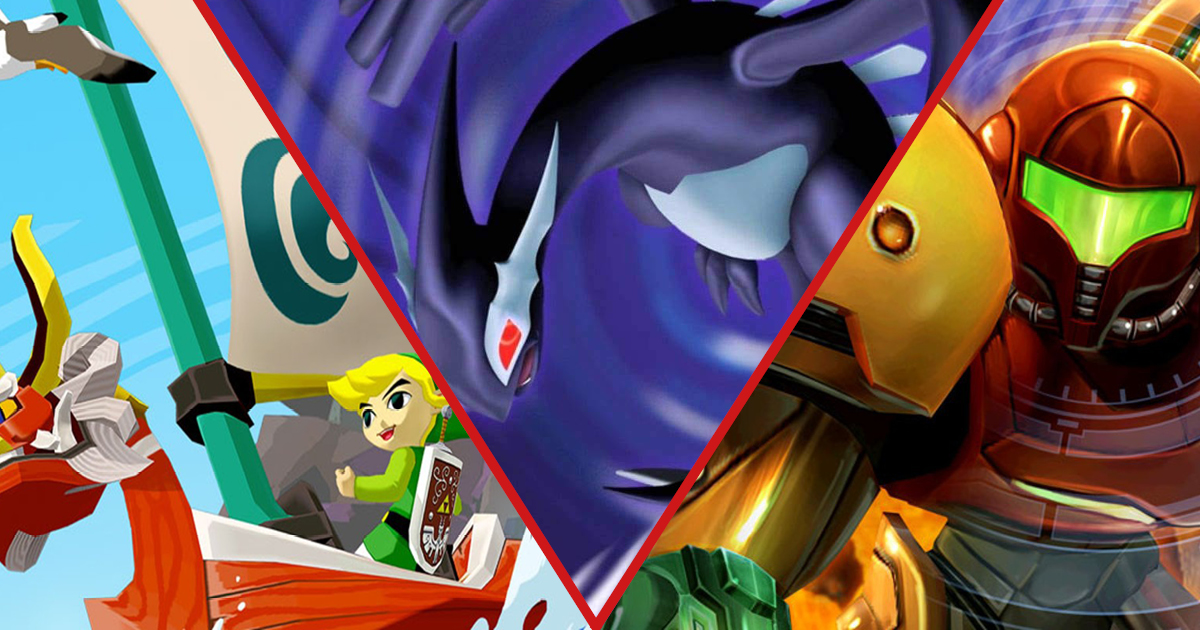 As we know, ports and other remakes are no stranger to the Nintendo Switch. This annoys more than someone who would have preferred to see new licenses arrive on the console. Only sometimes does the nostalgic fiber win. It can then be good to see portages of old video games unloaded. And if we’ve already touched the GameCube, we know that many of the titles in its catalog deserve a second life on the Nintendo hybrid console.

This list includes the most anticipated GameCube classics on Nintendo Switch. There are obviously many others. However, we only had to keep 10. That’s why we orientated ourselves on the tops of several thousand fans all over the world.

1) The Legend of Zelda: Wind Waker

When we talk about the GameCube, how can we not think directly of The Legend of Zelda: The Wind Waker? The title was released here in 2003 and is already benefiting from an HD remaster on Wii U. It would therefore require few resources from Nintendo to bring the game to the Switch. Especially since this version is the more successful of the two, correcting the few rhythmic breaks of the original title while maintaining the great cel-shaded graphics and the exploration phases.

No, Nintendo has not always offered content that is intended for the general public. Sometimes the manufacturer has slipped more mature titles onto its consoles. Eternal Darkness is the perfect example and even one of the most successful survival horrors of all time.

In each level you are in control of a new character in a whole new time. Survive in a nightmarish environment, battles against hordes of monsters and puzzles underline your adventure, which has lost absolutely none of its splendor.

The originality of Eternal Darkness lies in its “Sanity Meter” system, which drops off with each of your encounters with a creature and gradually makes you sink into madness. A remake of the title would then make it possible to offer completely new effects to surprise players with the latest technologies.

Despite one last successful episode (Paper Mario: The Origami King), we can say that the Paper Mario franchise has been in decline for a number of years. This could be due to Paper Mario: The Thousand Year Door, which set the bar too high when it was released on GameCube.

The title is considered to be the best Mario RPG of all time. It combines in-depth writing and an unforgettable turn-based combat system for good reason. The best part is that by that time the game was already very good and then only needed a little HD facelift to be appreciated by Switch gamers.

While it took time for the Fire Emblem license to go international, that doesn’t mean the old episodes weren’t of high quality. But on the contrary!

Since playing games on 3DS, many purists have complained about the emphasis on accessibility and the romance between characters. That’s why they prefer to dive into old opus like Fire Emblem: Path of Radiance, which takes the famous Ike through a fairly full-bodied adventure. A remake on Switch could then be welcome to finally reconcile the new and old players of one of the most famous tactical RPG series in the world.

What interest would a new Mario Kart on Switch have after the excellent Mario Kart 8 Deluxe? We can answer this question very easily: Introduce new functions.

Mario Kart: Double Strike !! isn’t the best game in the series, but it has exactly this kind of mechanic that Switch gamers might be interested in. Each kart offers to take two pilots on board, one of whom has to operate the steering wheel and the other the objects. This cooperative system would then adapt perfectly to the Switch Joy-Con and would therefore be a good idea to remaster for Nintendo.

After the Dreamcast was buried, Nintendo and Sega worked together to bring us new nuggets. Among other things, the famous F-Zero GX should be mentioned in the list, which is also still considered to be one of the best racing games of its time.

However, since then, Captain Falcon’s brilliance has become relatively rare, especially if we remove his various appearances in the Super Smash Bros. series.

Even if the Nintendo Switch already offers very good racing games such as Fast RMX, which is also largely inspired by F-Zero, we would therefore like a license return. An HD remaster of F-Zero GX would then be great news until another work is released. That would be enough for fans to wait as the title was already great and ahead of its time by the time it was released on GameCube.

Metroid Prime is an incredible evolution of the Nintendo classic. The game has retained the elements of exploration initiated by its predecessors while opting for a transition to 3D and a first-person perspective. Then it’s even more fun to use Samus’ skills to reach new heights in an alien universe.

A remake of Metroid Prime would be an incredible surprise. Better still, Retro Studios could decide to update all three episodes of the series before we head out on new adventures with Samus. And if not, let’s at least hopefully get access to the Metroid Prime Trilogy compilation, which has already been released for the Wii and Wii U.

8) The Legend of Zelda: Twilight Princess

Like The Wind Maker, The Legend of Zelda: Twilight Princess already benefits from its HD remaster on Wii U. An adaptation to the Nintendo Switch would then take little.

While this episode isn’t as popular as its predecessor, it’s worth going back to an up-to-date console. Because this work not only lets us experience epic moments and introduces new mechanics into the series, but also has the advantage of giving Link’s adventures a much darker side.

While you wait for a fourth opus to be released, you can replay the previous games in the series on Switch. An HD remaster of the first two games originally released on GameCube allowed new young gamers around the world to get their hands on these excellent games.

Pikmin is a very popular license from Nintendo indeed, giving us solid games with every episode. Although the former has received some criticism for its time limit, the series has not stopped implementing new mechanics through its established colorful universe.

Pokémon Colosseum and its direct sequel XD: Breath of Darkness were stand-alone games in the universe of collectible monsters. In these titles you could literally steal your opponent’s creatures, although this game mechanic was not exhausted to the end.

Another reboot of the series would be an excellent idea. With updated graphics applied to the title’s original 3D, new Pokémon to catch, and online modes, the game could be all the rage and finally manage to convince those who still believe the license is based on its accomplishments .

Many other cult GameCube games could have been on this list. We’re thinking in particular of TimeSplitters, The Simpsons: Hit & Run or Metal Gear Solid: Twin Snakes… So don’t be offended if your favorite track isn’t mentioned in this article. For your part, don’t hesitate to tell us about the GameCube titles you would like to see on the Nintendo hybrid console. While you wait to read your answers in the comments, discover this revered AAA whose arrival on Switch leaked.