The Courier
HomeWorld10 characters from other manga we'd love to see in a Dragon...
World 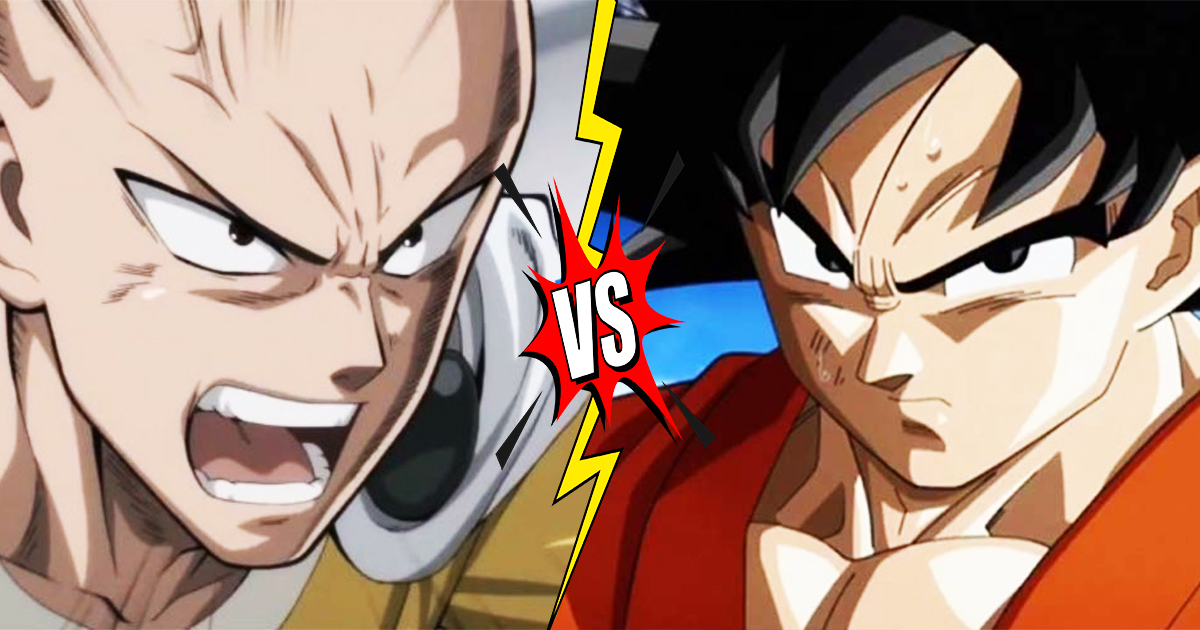 Sometimes we wish there were as many crossovers in the world of anime and manga as there are in the world of comics. While it is possible to find references to certain manga classics like Naruto in other works, we are still a long way from being able to create, for example, a Dragon Ball tournament that would include characters from other mangas. Fortunately, we still have our imaginations to get an idea of ​​what this might look like. Here are 10 characters from other manga that we’d love to find in a Dragon Ball tournament.

We start without a doubt with one of the most anticipated: Saitama. Many Dragon Ball fans proclaim loudly and clearly that although Saitama is described in his original work as “the most powerful character in history and in the entire universe”, he could not hold the weight against the giants of the Dragon Ball universe. Would you prefer to bet on Goku or Saitama in a tournament? On our side we are open to all eventualities, but we have to admit one thing: if Saitama ended his fight again with one blow, the fight would be very humiliating.

Satoru Gojo is a very (very) powerful exorcist from the Jujutsu Kaisen Manga. He is considered the most powerful exorcist in Japan and certainly the most powerful who is still in office. Satoru Gojo himself claims he could reach the weight against Sukuna, but what about Super Saiyan? We’d definitely love to see a clash between Gojo and Vegeta that would undoubtedly force Gojo to use The Power of Infinity, a precise manipulation of space at an atomic level that allows him to teleport to the space distort. Time to cut or limbs at a glance.

3) all power (my hero academy)

Now let’s go to the My Hero Academia page. We’d love to see All Might at its best against Trunks or Piccolo. Even Goku! It is certain that All Might would have to employ all of the special techniques he has in store in order to be successful, even if he were only to counter an attack from Goku. This would be an opportunity for us to review a Texas Smash (a punch that creates wind pressure and a masterful breath) or a United States of Smash (a massive punch that creates shock waves).

Frieza versus Méliodas, the fight seduces you? The Dragon of Wrath, also known as the Prince of Demons, could thus face one of the main opponents of Dragon Ball Z. In the face of Frieza, Meliodas could look pale if he didn’t use his full strength. So we could visit techniques like The Thousand Celestial Cuts (which allow you to inflict 1000 sword blows on an opponent in a single instant) and most importantly the Total Counter to return an opponent’s attack with much more power.

Who could Luffy compete against? Goku? The two could get along well … maybe against Boo then? The fight could be interesting within a tournament. It’s hard to say what techniques Luffy might use against Boo: he has so many in store! One could imagine, however, that our captain would come for the Gomu Gomu no King Kong weapon (when Luffy uses third gear in fourth gear to inflate his arm, which makes him more powerful and massive) or the Gomu Gomu no Gigant to use rifle (when Luffy gains altitude and does a huge chew spin to take down his opponent). It’ll take at least that to face Boo.

Here is a character who is an antagonist of the manga he belongs to, Soul Eater. We didn’t choose him by chance, as Asura is the most dangerous and powerful person in the world of the soul eater. The latter could be made to fight Cell, for example. Your two characters could be the same. Aside from his incredible physical strength, Asura was able to create illusions by looking at Cell with his scarves and shooting a laser from his throat. He would surely be seen when Cell got closer to him with the Void Attack. This is one of Asura’s most powerful attacks, allowing him to form a circle with his scarves before a laser hits the enemy with incredible force.

We’d really like to see a fight between Naruto and Vegeta. Let’s imagine: The fight is in full swing and Vegeta then wants to carry out a nuclear explosion. In order not to lose, Naruto must therefore use multi-cloning in fourth gear before he possibly opts for the Rasengan. So many possibilities can arise in this fight!

How about Killua against Son Goten in a junior tournament? There is definitely a headliner here that would appeal to a lot of people. To escape Son Goten’s destructive attacks, Killua had to use his best assassination techniques, namely, Claw (which would allow him to tear a limb with ease), Rhythmic Echo (a movement that would create an afterimage of his body and allow him to do so), to avoid certain attacks) and The Awakening Serpent (Killua’s technique of being able to cut anything with his arms). The outcome of the fight could quickly turn out to be unfavorable for Killua if Killua does not manage to get close enough to Son Goten.

We’d really love to see Koro-Sensei go up against Broly. We can also imagine that Koro-sensei would ask Broly to do his best to kill him (without believing he could do it), teasing Broly slightly from the start. The God of Death Anyone who possesses both supersonic speed and the highest armor would certainly put Broly in a state of uncontrollable anger.

So far we’ve only featured characters with incredible superhuman abilities in the Dragon Ball tournament, but why not bring in a few simple people who are nothing special like … Serge by example? Sorry for what’s to come, but let’s get serious for a few seconds: Serge honestly deserved to be re-entered into a tournament because he broke his feet in so many years as we were children Has. Jeanne did nothing but think of him when he wasn’t even there, leaving her poor little brother behind. Serge hasn’t been really useful in all of anime history, so we’d like to end this once and for all. Frieza will take care of it.

And you, which character would you have liked to see fight in a Dragon Ball tournament and why? Don’t hesitate to let us know your thoughts in the comments section!