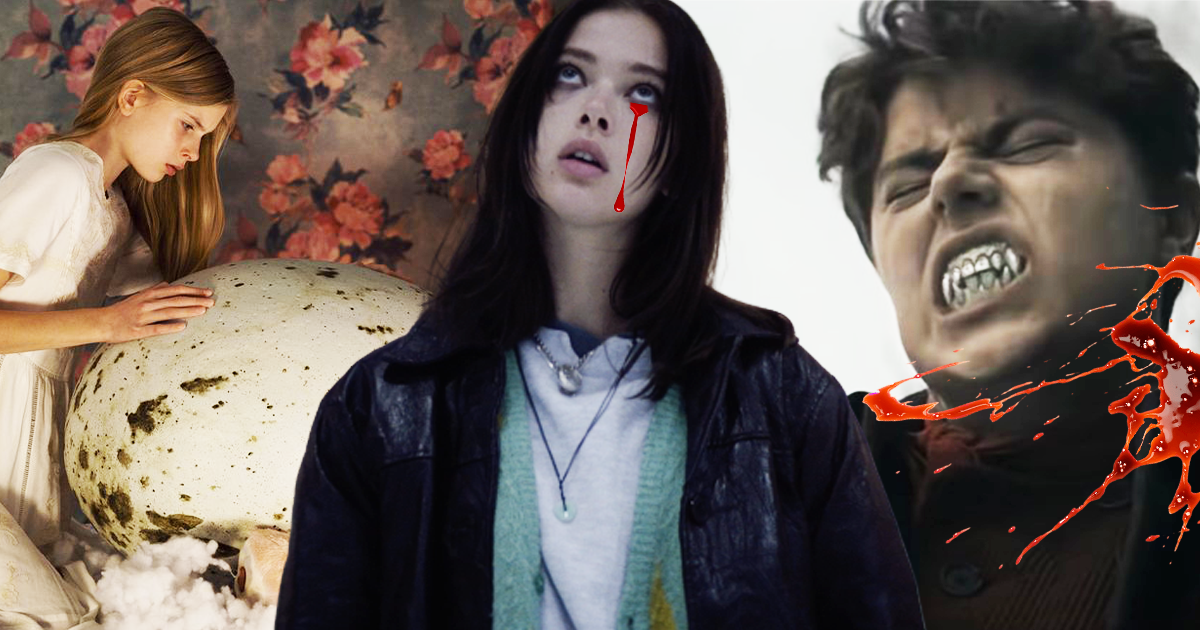 The Cursed combines the supernatural with ancient legends to bring werewolves, a species of creatures often underestimated in horror, back into fashion. The film takes place in the 19th century, in a hellish landscape, against a background of plague and pitchforks. The trailer initially offers quite successful sequences: we hope that the film keeps what it promises.

According to critics who have already seen it, it would be a horror film that offers a very good ending, which is rare enough in the horror film category to point out. In this film, a Danish couple meets a Dutch couple who are vacationing in Tuscany, and the Dutch couple invite their new friends to visit their home. As the story progresses, it quickly becomes clear that the Dutch couple are not who they say they are. Speak No Evil appears to be a sort of fictional study of the limits of politeness in the face of discomfort (even in the face of extremely stressful or embarrassing situations) and the dark consequences that can follow. A psychological horror film that we’re already looking forward to discovering.

Release date: initially January 2022, but the release date has been pushed back without further details.

In this film, a single mother must confront her teenage daughter who is convinced that a being owns her body and that she now lives only for the purpose of serving that higher power (power that refuses to let her feed). It is both a psychological drama and a horror film about possessions, all set against the backdrop of societal problems and issues related to youth.

4) You will not be alone

Starring the very talented Noomi Rapace, this film follows a wild young witch who accidentally kills a villager. Then she takes possession of her body and discovers what is the daily life of people who are not witches and who use “classic human” objects (which is very “Muggle” you will see if you are a Harry Potter fan -Saga are ). Very quickly she moves from one body to another to experience life as lived in different bodies. The film is set in 19th century Macedonia and uses an old dialect. You Won’t Be Alone also features stunning cinematography. You can almost feel the hay bales rolling down the hills as a witch’s flesh burns at the stake. And that’s not nothing.

This feature film is an adaptation of a story dreamed up by the leader of the Foo Fighters group, Dave Grohl. In Studio 666, the group of musicians retreats to a gloomy villa to record their tenth album there. But there supernatural events happen. Dave Grohl is losing his footing (and his memory) while becoming increasingly violent. This is a horror comedy that aims to be out of the ordinary.

Hatching, a Finnish horror film, has already received 91% positive reviews on Rotten Tomatoes, and the site describes the film as follows: “Hatching, a film with a message wrapped in a tough horror shell, sits somewhere between beauty and disgust and puts the director in a… focuses on Hanna Bergholm as a bright new talent.” This psychological horror film follows a 12-year-old gymnast whose mother is obsessive and wants to control everything. The young girl then finds an egg with a strange appearance and decides to keep it warm until it hatches… And frees the creature that contains it.

This is a horror comedy about a London couple inheriting a house in the beautiful Irish countryside. Everything might be fine, but the couple soon find themselves being chased through the woods by murderous goblins. In addition to sounding silly, the comedy is a British comedy that would bear strong similarities to Hot Fuzz. And for that alone, it’s a must-see horror movie in 2022.

Dark Harvest is a fantasy horror film directed by David Slade and based on the novel of the same name by Norman Partridge. In a small Midwestern town, every fall, a supernatural ghost named “Sawtooth Jack” emerges from the cornfields and approaches the town church, where several gangs of teenagers wait impatiently to confront him (during an annual rite of life and death) . . For his part, Richie Shepard lives in his older brother’s shadow. To prove himself, he will team up with Kelly Haines and then try to defeat this walking nightmare in order to escape from this city with no future.

Nope is Jordan Peele’s new horror project with a 5-star cast including Daniel Kaluuya (from Get Out) and Barbie Ferreira (Euphoria). The film’s trailer aired during the Super Bowl and generated millions of interactions. The synopsis of the film is short and very compelling: “In the Utah desert, rumors are circulating from house to house about a strange phenomenon caused by a mysterious wildcat cloud”. Yes, something weird is in the air… Nope is definitely one of the horror movies to watch the most in the coming year as it will most likely make a lot of noise when it comes out.

And you, which horror movie from this list would you like to discover in the future? We’ll let you answer this question via our comments section. And if you want to know which horror films screened at Gerardmer Festival 2022 have been classified as unsustainable, you can read our previous article on the subject.