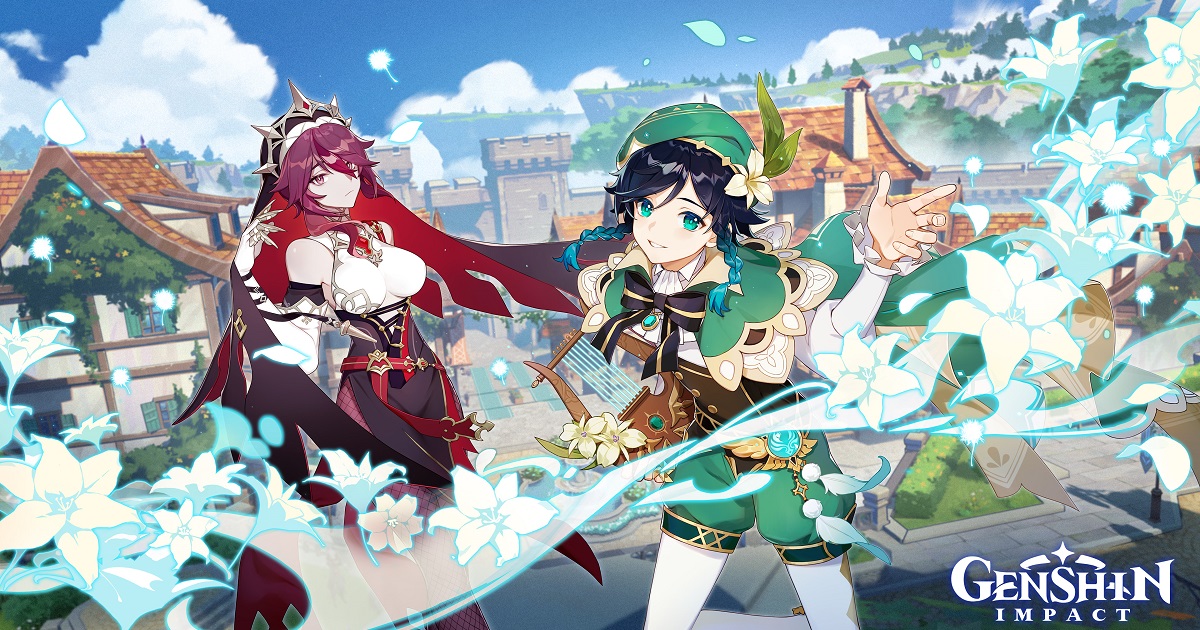 This weekend, the Chinese studio miHoYo presented its update 1.4 of Genshin Impact during a live event. A mess of new items on the menu: events of all kinds, a new playable character, two new banners and a Monstadt decorated for the occasion. An update that will be available soon before giving way to a new area.

An update is planned for March 17th

Lovers of the electronic element are eagerly awaiting it, and yet the Inazuma nation is long overdue. Starting March 17th, Genshin Impact will welcome the 1.4 update. The big novelty of this new line of content is the arrival of a new 4-star character, the charismatic Rosaria, a cryo-spear. A character that can be obtained through either of the two banners available during the event.

On the banner page, the first will see the return of Venti, the first 5-star character to benefit from a clean banner. So miHoYo started to bring back Banner, a blessing for those who want to maintain this excellent character or increase their already acquired Venti. The second focuses on the character of Tartaglia, the powerful archer Hydro. Regarding the 4-star characters that accompany these banners, only Rosaria is known. The others will no doubt be announced shortly before the first of the two banners arrives.

In this version 1.4 4 new weapons are added, but also a new Abyss monster, new quests with the mysterious Dainsleif as well as mini-games: harp mastery, archery, level competition, trying to evade unstable terrain. Get your hands on a variety of rewards at the Festival des Alizées, including a 4-star bow. The 4-star characters will be in the spotlight through a dating event and side quests that will deepen their relationship with the traveler.

The Oceanid also has the right to its event with the most important primogemms, moras or even experience books, but above all a new confidante, such as the previously received colored fairy. Another event dedicated to arena fighting will also be part of the game. Undoubtedly, a point system will be introduced, like the event related to hypostasis. This 1.4 update also enables:

Collect up to 5 condensed resins to manually make food (for the success of missing dishes). Lower your world level (once every 24 hours). Swap your team between each floor of Abyss and start from a specific floor after a failure

Genshin Impact will benefit from an event in China with the KFC channel. Iconic wings can be obtained. Given the demand from international players, miHoYo will allow everyone to get these. The conditions for obtaining it will be determined by July 2021.

a title that seduces

Genshin Impact was launched at the beginning of the 2020 school year and is attractive. The Chinese title managed to quickly conquer the west while generating monster revenue. If the location of the sensor tower is to be believed, Genshin Impact has raised no less than $ 874 million since its inception thanks to its microtransactions. Unsurprisingly, studio miHoYo’s game is the most appealing in the Chinese market. And for good reason it would have raised $ 253 million. On the Japanese side, revenue is estimated at $ 237 million. Then follow the United States with $ 162 million. Genshin Impact ranks 3rd for the games that have generated the most money on Google Play and the App Store behind Honor of Kings and PUBG Mobile in the past five months.

How do you find this update 1.4? Are You Satisfied With These Supplements? Don’t hesitate to reply to us using the poll and comments section below.

The trailer of the film event is here!